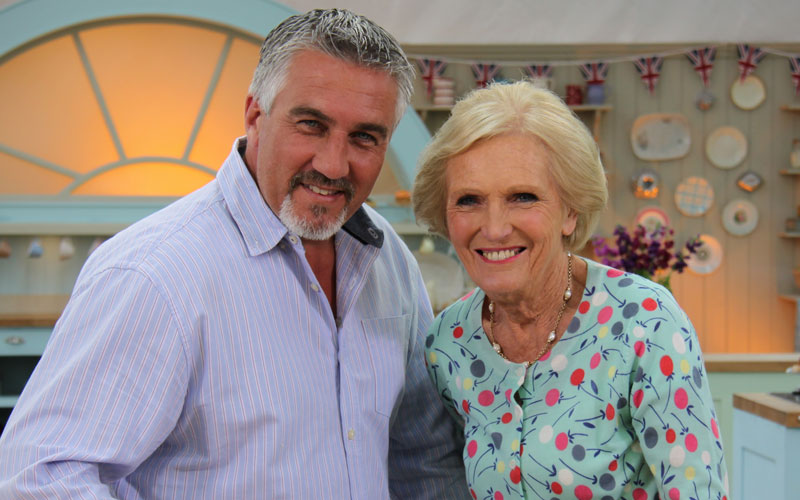 The Great American Baking Show, ABC’s version of The Great British Bake-Off, will undergo a significant makeover for its third season, with new hosts and, incredibly, a familiar new judge: Paul Hollywood, who’s stepping in for Mary Berry, though the two will possibly appear alongside one another in some episodes.

The changes, which I am reporting exclusively, include:

Mary Berry and Paul Hollywood were not together for the first time in the Great British Bake-Off’s history this summer, when season eight was filmed. (Only Paul Hollywood remained with the Love Productions-produced show after its move to Channel 4, which brought a shift in tone.)

If Mary Berry joins to judge, possibly for the first and last episodes, it would represent an unexpected on-screen reunion for the two judges.

An ABC source with knowledge of the production told me her schedule and level of involvement was still unclear as of early August. Season three will likely film in September, so that may have been resolved already, but I haven’t been able to confirm updated information yet.

The hosts are changing because previous hosts Nia Vardalos and Ian Gomez have each been cast in new shows: Bravo recently announced that Nia will star in its scripted series Suburbs Famous, and Ian is a cast member on CBS’ midseason sitcom By the Book, which is based on The Year of Living Biblically.

Both previous seasons of ABC’s Baking Show have debuted the week after Thanksgiving.

The ABC show films in the UK and is produced by Love Productions, just like the UK series.