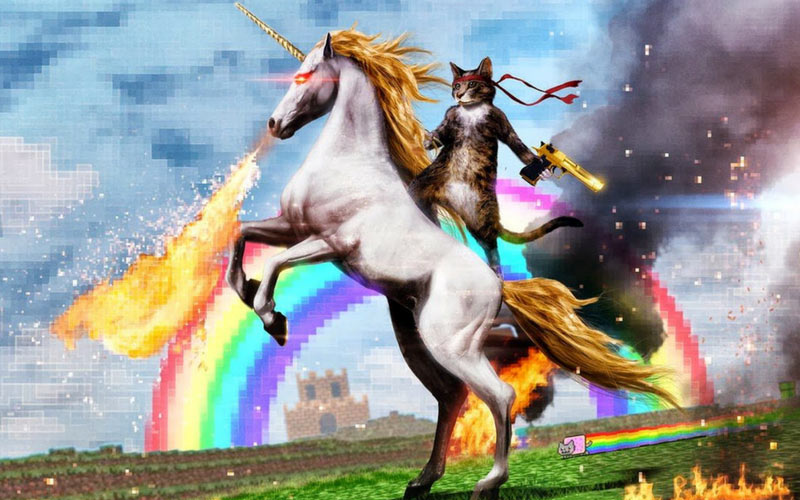 A "Keep the Internet Weird" graphic produced by Fight for the Future to promote net neutrality.

Before reading this story, or another on reality blurred, you may have encountered a faux “This site has been blocked by your ISP” message.

That’s because I’ve joined with other sites to highlight the importance of net neutrality. The name sounds boring and obvious, but it’s actually really important.

The FCC’s new chair, Ajit Pai, is considering changing a rule—and the effect of that could change our lives on the Internet. Simply put: Current rules prevent cable companies and Internet service providers from prioritizing certain sites over the other. Those rules keep the Internet open and on an even playing field for all.

Vox explains how the proposal, which is misleadingly titled “Restore Internet Freedom,” “would essentially allow ISPs to have unregulated control over how you access the internet — as well as unregulated access to your personal data and web usage information.”

Without the current rules, competitors to ISPs or cable companies might be slowed down or blocked. Sites like reality blurred might be stuck in a slow lane, or worse, censored entirely. What if I criticize an NBC show and Comcast decides to blacklist reality blurred? That sounds far-fetched, and it may be, but I’d rather keep the Internet open than make it possible for companies to pay for access to the information superhighway and leave the rest of us on dirt roads.

Openness is one of the core attributes that makes the web so amazing, and it’s also what made reality blurred possible: Every site is equally accessible. You can visit this site with the same speed and ease as you can visit EW or Facebook, Fox News or The New York Times.

That explains why so many Internet companies are coming together today to illustrate the need for net neutrality, including Netflix, Facebook, OkCupid, Google, Amazon, Snapchat, Spotify, Dropbox, Funny or Die, and Etsy.

Marketplace’s story has some fun metaphors about why all this matters. You can also watch a quick summary of what’s going on that lasts just 23 seconds.

And if any of this information moves you to make a public comment, which you can easily do on the FCC’s site (or via the pop-up that probably appeared here), Last Week Tonight created a URL that makes it easy to find where to send comments about its proposed change: gofccyourself.com.