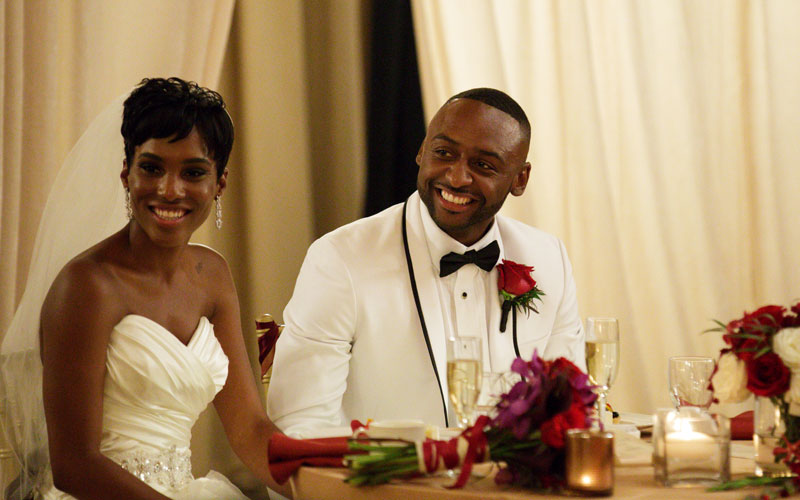 Sheila and Nate at their wedding on Married at First Sight season 5. (Photo by Larry Remiker/LIfetime)

It’s Monday, and the second day of Shark Week and Shark Fest, so check out the schedules for all shark programming to find out things like when Michael Phelps will race a shark.

And then check out other highlights of reality TV that’s ahead this week, starting with these five things:

Abby Lee Miller is off to prison, but first

Before former Dance Moms star Abby Lee Miller heads to prison for one year and one day, her sentence for hiding money from bankruptcy and other financial misdeeds, she’ll be back on Lifetime with Dance Moms: Abby Tells All Exclusive.

It’s an exclusive tell-all, if you couldn’t tell from the subtitle, and she’s telling all to The View co-host Jedediah Bila. Those tells-include “I am doing the time. I am taking the blame”; “I am, you know, petrified”; and “I probably won’t survive.”

Top Gear America, which debuts Sunday, is not the Matt LeBlanc-hosted version of the UK show, nor is it the Amazon show that stars the original Top Gear cast. It is also not the Top Gear show that aired six seasons on History before being cancelled last year.

Instead, this is a “reimagined US spin-off”—though it’s not clear if anything will be different from the History or the UK version, at least in terms of its format.

It debuts July 30 and airs Sundays at 8 on BBC America.