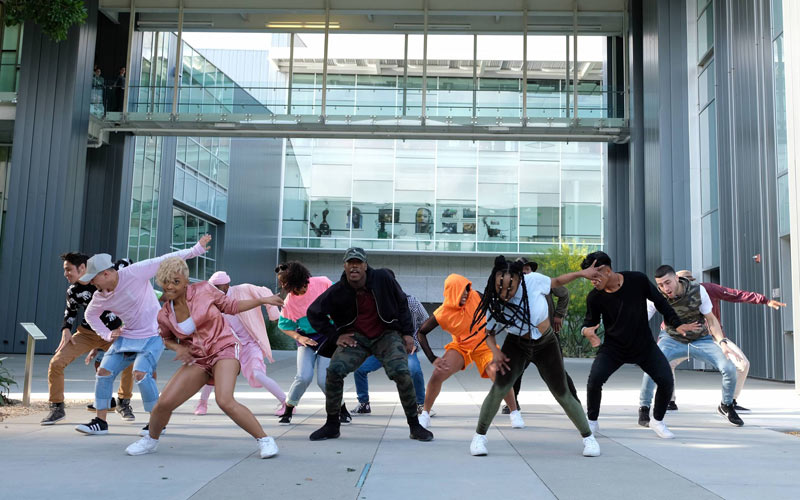 SYTYCD contestants in a number choreographed by Mandy Moore and filmed at California State University Northridge. (Photo by Adam Rose/FOX)

So You Think You Can Dance season 14 opened with a dance featuring all of the contestants, and it had everything SYTYCD has lacked its last few seasons: nonstop energy, raw talent, and unbounded joy.

The show has generally had good choreography and dancing, but has suffered to present that in an exciting way for years now, just sliding into the television background. This season returned the show to its roots, and for me, the first four audition episodes have been fine, and I’m glad to see Mary Murphy back.

The academy format is very promising, with the all-stars selecting teams, but before that started, season 14 hasn’t yet been instantly compelling TV for me.

The opening number was.

So did the editing. It wasn’t one continuous take, but it was edited to suggest that it was, and there were some fun real-life transitions.

But mostly it was Mandy Moore’s choreography and the 100 contestants’ dancing that brought it to life, pouring out energy and fun, whether they were in a fountain or behind glass on a walkway.