It’s Shark Week » Instead of lying about extinct sharks, Shark Week is doing something even more harmful.
home > Siesta Key 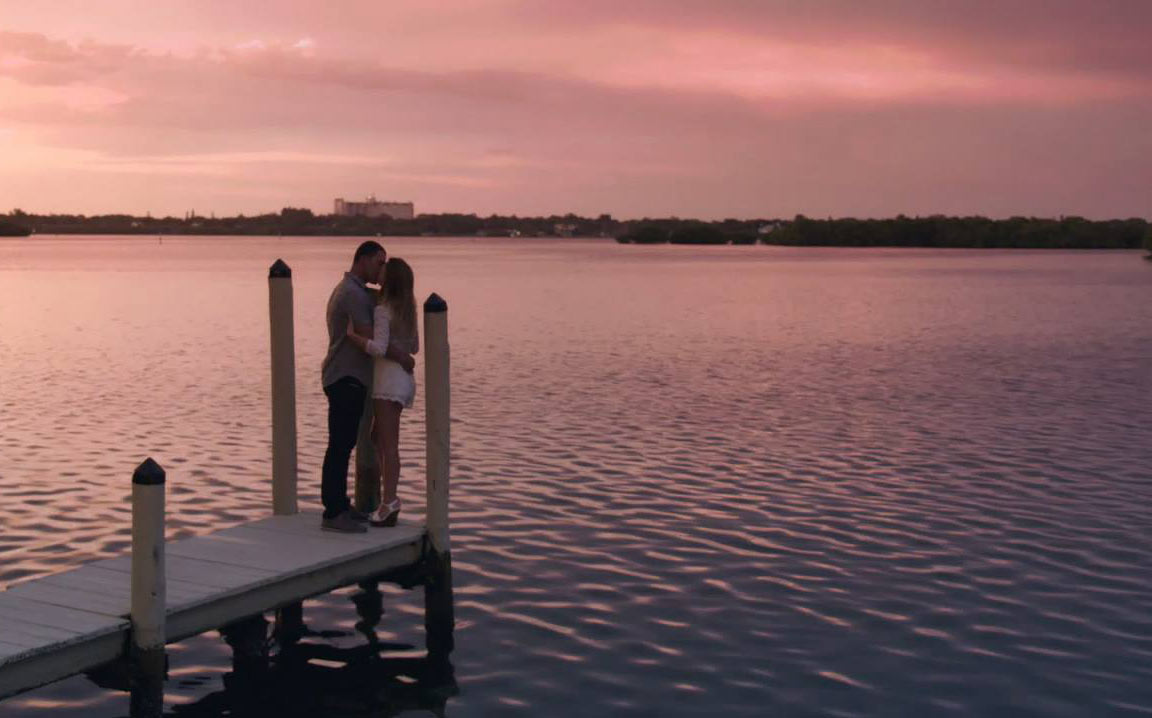 MTV’s new reality series Siesta Key begins with a love triangle, and tension in a group of friends, most of whom have known each other most of their lives in a beautiful place that’s drenched in sun and wealth. All of this will be familiar to viewers of Laguna Beach, as will the editing, which is heavier on atmosphere and music than on dialogue.

But what Laguna gave reality TV—a reality TV show produced and shot like a cinematic drama which dropped interviews and confessionals, replacing them with spare conversations between people who were just living their actual lives—The Hills infected with artificiality.

The spin-off, and its spin-off The City, did everything from faking scenes to texting the cast dialogue to inventing storylines. Eventually those shows collapsed under their own weight, never mind viewers’ desire for more authenticity.

Can MTV and reality TV return to those early days of Laguna? Siesta Key (MTV, Mondays at 10) is part of its strategy to return to its core of reality TV and music, and while Siesta uses Laguna Beach’s format and aesthetics, it differs in significant ways from that 2000s show.

Laguna Beach’s creators, Creature Films’ Mark Ford and Kevin Lopez, were brought in after the father of one of the show’s stars hired a production company to film a pilot about his son Alex’s life and friends. Ford praised Florida-based producer Warren Skeels, whose “vision has come across the entire project in a really profound way,” and said “they did a really great job with it.”

“We came in creatively and added our ideas,” which included “finding new members of Alex’s clique to include,” Ford told me. “Our goal in general was to up the ante and go deeper into the stories.”

And that’s just one of the ways the show moves beyond its predecessor.

“We love the references to Laguna Beach, but we’re also very cognizant of trying to carve out a different niche and be different from that series,” Ford told me.

That both shows begin with a love triangle between three cast members was “a really good coincidence,” he said—it just happened to be what was happening with the cast.

While there are plenty of similarities, there are several key ways Siesta Key is different:

The first season of Siesta Key feels like “that last summer, before the party’s over—at least they’re definitely feeling that,” Ford told me. “You still have the inherent ins and outs of a clique of friends that have grown up together, but the pressure is that much more profound as life is bearing down on them.”

“These kids have been off to college; they’ve seen other things,” he said. “When you’re 21, 22 and you’re getting out of college. The party’s almost over. … It’s time for you to grow up and get a job and start figuring out who you’re going to be and what’s your life’s going to be.”

How fake is Siesta Key?

Siesta Key was filmed five days a week from April to July of this year—a rapid turnaround for a show that’s airing in July. (“MTV had an airdate in mind and they challenged us to hit it and we did,” Ford said.)

How does the show avoid going down the path of the over-choreographed Laguna Beach spin-off The Hills?

“I think number one you just have a great cast,” For said. “They do most of the work. There were so many things that happened that we never could have anticipated.”

He added that “this cast this cast is inherently interesting and dramatic; if the cameras weren’t there, they would be doing the exact same thing that they’re doing on camera. I think the cameras only amplify.”

“The real things that are happening were always our guide,” Ford told me. “It was the same thing with Laguna in the beginning. it was very much based on the natural, emotional truths.”

Of course, a show has to be produced, and the crew cannot work 24/7. Filming was arranged with the cast and coordinated to include scheduled events. Producers also asked the cast to hold off on significant conversations and other activities until cameras were present.

“Sometimes it was hard for them to wait,” Ford said, “but we got them to and that’s when those moments of really powerful emotional truth come across.”

One thing that’s evident in the first episode, at least, is that the narration feels stilted versus the actual dialogue—a sign that there is authenticity, because there’s clear contrast between normal conversation and something they’ve obviously been asked to read or perform.

How the show was filmed

There are aesthetic differences, too: Laguna Beach was mostly shot with cameras on tripods, often far away using long lenses. Here, the cameras feel much closer, and are constantly in motion.

This show moves and breathes a little bit more, and it’s also a little more impressionistic,” Ford told me, adding that their goal was for the “visual sequences [to capture] the place and the mindset.” Ford gave credit to the people behind the cameras,”who are really good at their jobs.”

“We wanted it to feel cinematic and like independent film,” and “peel away or move back from some of the typical tropes” of reality TV,” he said. For example: “Why does there need to be a three-shot montage between each scene with a library cue?”

So, Ford continued, “rather than automatically doing whatwe’ve becomg iused to in the genre, and we applied that across the board from the shooting to the edit staff. We hired a lot of people—maybe not a lot, but certainly a good sampling of people that have experience in the genre in Laguna Beach, and The Hills,” he said.

“We just challenged everybody to think through rather than doing things automatically, and I think the result is a really beautiful show.”