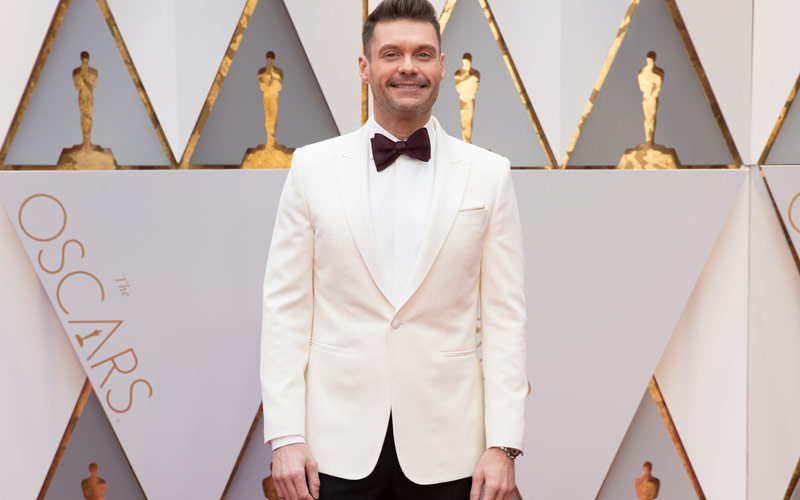 It’s official: Ryan Seacrest is returning to host ABC’s reboot of American Idol. The announcement came on one of Ryan’s other jobs, hosting Live with Kelly and Ryan, which he’ll continue to do, even though it’s filmed live in New York City and American Idol is filmed live in Los Angeles.

The show starts its bus tour casting next month, though casting companies are currently searching for contestants.

ABC’s announcement said “Seacrest will help reinvigorate the series that pioneered a new genre of television, staying true to the heart of the show by sharing inspiring stories and turning dreams into reality.”

In the press release, Seacrest said:

“It’s genuinely hard to put into words what American Idol means to me. I’m so grateful for the show and all the career and life opportunities it’s allowed me to experience. It’s been an incredible journey from day one. To be asked to return this year, at my new home at Disney/ABC, is an honor, if not a bit surreal. I believe ABC is the perfect home for ‘Idol,’ and I’ve every confidence the show’s legions of fans will love it—especially Idol’s best traditions of showcasing heartwarming stories, remarkable talent discovery, and, best of all, making dreams come true.”

ABC’s entertainment president, Channing Dungey, said in her press release quote that “So much of ‘American Idol’’s overwhelming success can be attributed to Ryan, whose larger-than-life personality and laudable dedication to creating quality entertainment has made him a true master of his craft.”

Ryan is absolutely a talented host, and he absolutely did a phenomenal job for years, and he certainly is associated with the show. But attributing its success to his “larger-than-life personality”—never mind hiring Katy Perry for $25 million a season—indicates to me that the new show is prioritizing names and personalities (as it did late in its life) over the core things that made it so successful originally.

Perhaps we’re beyond the point where Idol can just be about unknown singers auditioning in front of unknown judges; perhaps Seacrest’s return will inspire nostalgia in the same way that this news did for me yesterday, if it’s possible for a show that went off the air in 2016 to inspire nostalgia in 2017.