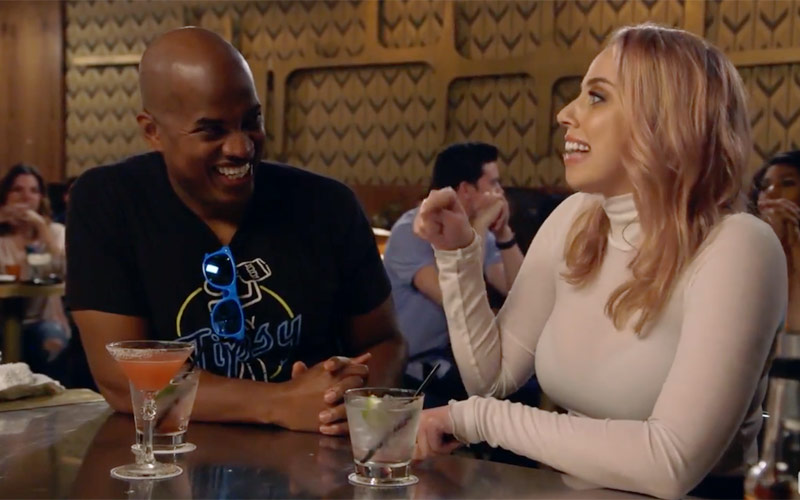 Worth a Shot hosts Skyy John and Violet Benson.

Two new unscripted series have entered Shark Tank’s waters: The Pitch, a podcast from Gimlet Media that almost directly replicates Shark Tank’s format but covers more ground, and Worth a Shot, a new series from Fullscreen that asks drunk people to come up with ideas and then pitch them.

Below, reviews of both shows, which each give people the chance to pitch ideas, though in very different contexts. 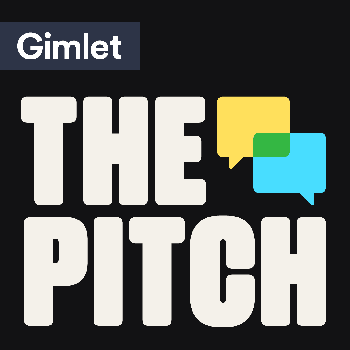 Host Josh Muccio started The Pitch as conversations with startup founders, but when the show was acquired by Gimlet Media, it became a podcast version of Shark Tank, though that’s a comparison the show hasn’t acknowledged.

However, it does call itself a reality show, which is the first time I’ve seen that from a podcast:

“The Pitch is a reality show that brings listeners into the room as real entrepreneurs pitch to real investors—for real money. While it offers a glimpse into the high stakes world of venture capital, it’s really a show about human relationships: how people sell their companies, what makes investors tick, and how these initial conversations can bloom into business deals—or die on the vine. To achieve this, the pitches are edited down and narrated for clarity, but it’s important to us to always stay true to what really happened in these conversations.”

On each episode (listen here, or in any podcast app), a panel of venture capitalists hears a pitch. It’s been condensed to about 15 or 20 minutes on the podcast, but still goes deeper than a typical Shark Tank pitch. There also isn’t any competition between the investors, so there’s more conversation and questions and less grandstanding.

That panel includes a connection to Shark Tank: Phil Nadel is the co-founder of Barbara Corcoran Venture Partners along with its namesake, Barabara Corcoran.

After the pitch, and after the investors pass or invest, the show checks back in. All of the episodes were taped last fall, so a considerable amount of time has elapsed, which gives us the opportunity to hear what happens after the pitch. Did the deal go through? What happened during due diligence? Did the founder take any of the investors’ advice?

Some of the deals fall apart, but for varying and instructive reasons that include baffling actions and decisions on behalf of founders, such as just waiting too long to actually reply to their investors. The show develops its characters well, typically through their pitch and answers to questions, though I wouldn’t mind knowing a bit more about the founders.

It’s addictive listening. I’ve been burning through the first five episodes; a new one will be released today.

My one and admittedly minor complaint about the show is that it has the exact same title as an underrated but exceptional reality series, AMC’s The Pitch, which followed ad agencies creating and then pitching campaigns. (Watch it.)

Both the TV show and the podcast version deserve attention and audiences.

Worth a Shot: drunk people have ideas

Worth a Shot has been referred to as “drunk Shark Tank,” but it’s really drunk pre-Shark Tank: drunk people in bars coming up with business ideas. It premieres today on Fullscreen, a subscription service.

People who are drinking have 20 minutes to come up with product or business ideas, which they work on in teams and write down on napkins.

Then they pitch to the show’s hosts, Tipsy Bartender YouTuber Skyy John, and Daddy Issues Instagrammer Violet Benson, who seem to be trying hard to be more annoying than the drunk people around them. (They succeed.)

Each host picks a team they like best, and help them refine the pitch on giant napkin-shaped whiteboards, and then they pitch them to everyone else in the bar. At this point, the other patrons seem far less interested and engaged. Maybe they’re drunk; maybe they just don’t care now that their ideas have been passed up.

Everyone votes; the winning idea gets $2,500. It’s a simple, quick show—episodes are just 15 minutes long, and the editing is as frantic as the hosts.

Some of the ideas are ridiculous, but others are brilliant, and that’s the remarkable part of the show, which is produced by 44 Blue Productions. It’s like the unexpectedly smart observations people make on Drunk History: once inhibition and judgment goes away with the help of alcohol, there are bright flashes of real creativity, from business names to the ideas themselves.

A few of the ideas in the episodes I watched were so great I was disappointed that the show just ends with a tiny cash prize and that’s it. Perhaps they’ll go on to seek investors on The Pitch—or end up on Shark Tank.