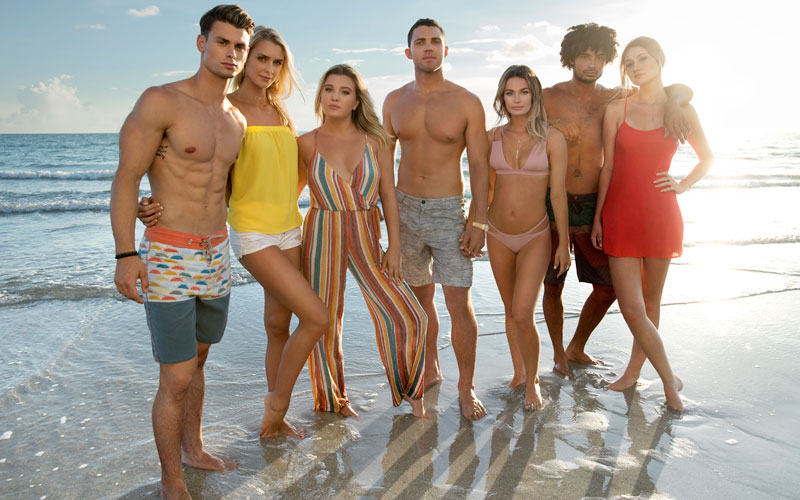 It’s been almost 11 years since Laguna Beach: The Real Orange County concluded its run on MTV, after making way for the far-less-authentic series The Hills, and now MTV is bringing back the format with Siesta Key.

On the show, a “group of young friends in their beautiful hometown” will “confront issues of love, heartbreak, betrayal, race, class, and looming adulthood,” according to MTV. (It starts July 31 and airs Mondays at 10.)

The cast are college students who are back home after their first year in Siesta Key, an island off the west coast of Florida, near Sarasota—not far from where I grew up, actually. It was filming this May, according to an NBC affiliate report.

Interestingly, while it’s being framed as “from the producers of the pop culture phenomenon Laguna Beach,” and is produced by original producers Mark Ford and Kevin Lopez via their Creature Films company, the show began with the father of one of the cast members. Gary Kompothecras, who’s a well-known in Southwest Florida for his 1-800-ASK-GARY advertisements for his “lawyer and medical referral services.”

Kompothecras “paid for a Jacksonville production company to film a pilot,” the Sarasota Herald-Tribune reports, adding that he “is also currently trying to build a hotel on Siesta Key.”

Read the paper’s story—it has so much more than other outlets. (Local journalism matters!)

Back to cinematic reality for MTV

The press release brags that the show features “a format rarely seen on TV, the series is shot cinematically, without typical reality show confessional moments, allowing viewers to be fully immersed in the intoxicating drama.”

That is, of course, what made Laguna Beach interesting. In 2004.

Yet it also makes perfect sense: There’s a push for more premium, less shitty reality TV in Hollywood right now, and while some shows are actually high quality, others attempt to mimic the kind of aesthetic or choices shows such as Laguna Beach (or Survivor, or Amazing Race) have made. Either way, it’s better than not caring about craft.

It’s also a shift back toward documenting the lives of people who actually know each other. But whether Siesta Key can transcend what MTV has become even since then remains to be seen.