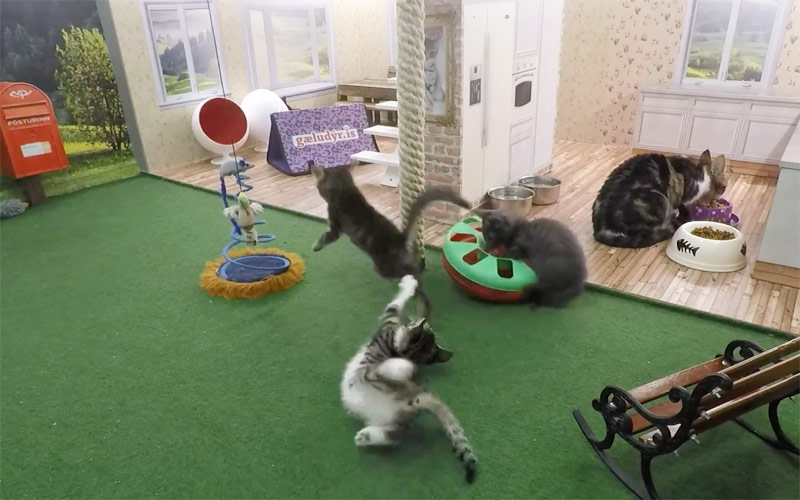 There’s a house in Iceland where you can watch what’s happening, 24/7. It’s a doll house, and it’s occupied by several adoptable, orphaned kittens.

The lovely people of the Icelandic Cat Protection Society are currently allowing us to watch that, for free, and switch between four different live cameras. There’s even night vision for when the kittens are asleep. View all four live feeds here; I’ve also embedded one below.

They’ve named it Keeping Up With the Kattarshians, or Catdashians for us Americans, because the cats are all siblings like the Kardashians, but I am over-explaining. I am very excited, having just learned about this from a reader, Wes, on Twitter. (It’s been

There are occasional live feed interruptions, just like on Big Brother. That’s because, as the site says, volunteers and employees “take care of the kittens and make sure they get a sufficient time with people which is very important. They also take care of housekeeping, cleaning the litter box and serving food.”

The project has been in the works for more than a year, and is a product of SKOT Productions, Sagafilm, and nutiminn.is. Once these kittens are adopted, others will take their place, and there have been several groups of kittens since it went online earlier this year.

But you probably just want to see the cats now: