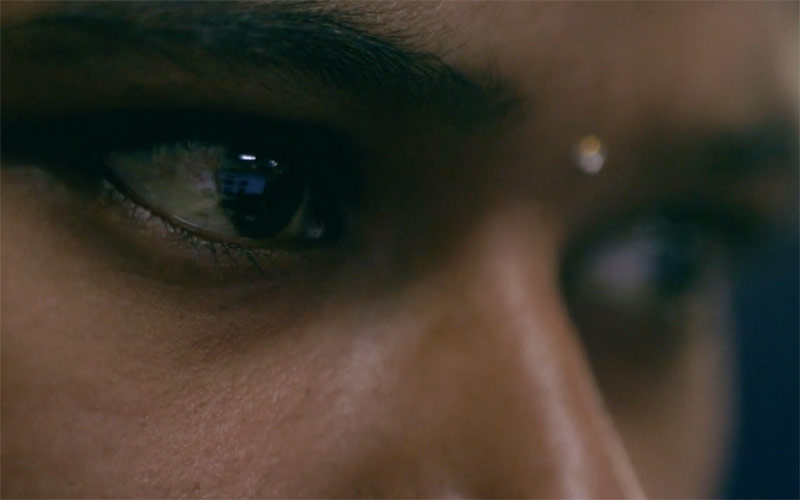 An image from The Moderators, as a content moderator screens images.

When you submit a profile photo on a dating site, who approves it? When you report an offensive image on social media, who decides whether or not it stays?

Other people. But who are they? And what are they looking at all day, every day? How do they decide what is okay and what isn’t? What kind of guidelines are there? And how are they affected by this nonstop stream of horror?

A podcast and a short documentary—which you can listen to and watch below—each looked at the world of moderation, focusing on different people but all of whom have the same job: moderating content, which means looking at images and text and rapidly deciding what is acceptable and what is not. It’s a world that has mostly remained secret.

The wonderful podcast Note to Self—which is about technology in our lives, and is hosted by Manoush Zomorodi—explored this in a recent episode, “Meet the Humans Who Protect Your Eyes.”

Manoush explores the psychological impact this has on moderators with an expert, and also interviews a content moderator, Rochelle LaPlante, who sometimes doesn’t know whose content she’s moderating, which can be innocuous (old family photos, profile pictures) to graphic content (such as dead bodies, animal abuse, child abuse).

For one task, Rochelle is paid four cents an image. And that’s just one of the incredible pieces of information in this episode. Listen:

The documentary short The Moderators focuses on moderators who are being trained to screen content at an unnamed company in India. In 20 minutes, we learn just how much weight is placed on people, many of whom are at their very first job.

They’re enforcing arbitrary guidelines and making judgments—and doing that at a speed of 2,000 photos per hour. That’s more than 33 per minute, so less than two seconds to analyze, apply guidelines, and make a decision.

Ciarán Cassidy and Adrian Chen, who wrote a 2014 piece for Wired titled “The Laborers Who Keep Dick Pics and Beheadings Out of Your Facebook Feed,” directed the film for Field of Vision, a project of First Look Media.

The documentary never identifies any of the people by name, or their location, or the company’s name, choices that reinforce their anonymity in our Internet lives.

“Be mentally prepared for your job, that’s what I’m saying,” their instructor says. “It’s our job. Don’t take it personally.”

How easy that is to say.