Why isn’t Yolanda McClary back on Cold Justice?

Almost two years after Cold Justice aired its last season, the show is back, but with two major changes: it’s on a new network, Oxygen, and as fans noticed when it debuted last Saturday, it is now without cast member Yolanda McClary.

Kelly Siegler has returned with a group of four investigators helping her out.

Where is Yolanda? In February, she tweeted, “Can thank everyone enough for the support. Won’t be back on Cold Justice, but I’m looking at other projects I’ve been invited to.”

She posted something similar to Facebook: “I won’t be returning to new episodes of Cold Justice. But you know I’m all about my job, and am looking at new projects I’ve been invited to.”

In a comment, she explained that it was her choice, though didn’t say why she made that decision:

“Cold Justice is going to be on Oxygen. I’ve decided not to go back, and am instead looking at other projects I’ve been asked to be on.”

As Yolanda noted, she wasn’t as much of a presence in the final few episodes of the final TNT season.

When a fan recently asked her directly why she wasn’t returning, McClary didn’t reply—but she did, however, like another fan’s response, suggesting it answered the question.

That person wrote, “I think it was just time for her to move on to something new. I think we’ll be seeing her again soon, though!”

Cold Justice was cancelled, then returned 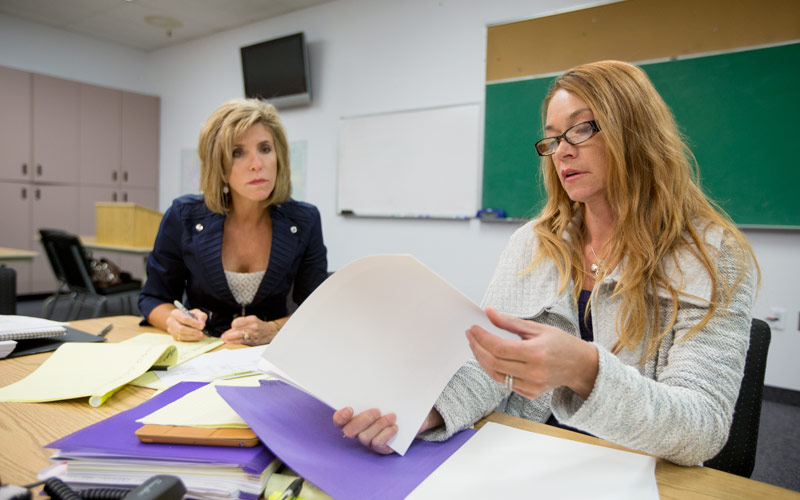 After airing its third season in the fall of 2015, despite its strong ratings, Cold Justice was unceremoniously cancelled by TNT, which was under new management.

It wasn’t picked up for another seasons, but its stars had no idea that was coming, and its publicists refuse to even say that the show was cancelled.

Kelly Siegler told Variety “we didn’t know that was coming, so when we went on break, there were victims’ emails in my inbox and files I was waiting to read and people expecting us to come work on their cases. A lot of hopes were up that we were going to be able to do something to help their local law enforcement move forward, but then it went away. We were surprised and disappointed.”

Siegler also explained that, to even work a case for the show, besides having the approval of the producers and network, they have to have buy-in from law enforcement and victims’ families:

“Before we ever work on a case, the local law enforcement agency has to invite us or want us. Otherwise you don’t have access to all of the evidence. So [they] invite us; the victim’s family has to want us; and the DA also has to approve us—all before we can ever go somewhere and start working on the case. Those are three pretty significant hurdles we have to jump before we can even start reading the cases. Then I read the cases with a partner who is a former cold case/homicide guy from HPD who I’ve known forever. We read and summarize them and then present them to [producers] Dick Wolf and Magical Elves to see what they think. If everybody agrees, we go work on the case.”

Correction, Aug. 1: This story has been edited and updated to add the Facebook comment in which Yolanda said she chose not to return, and to remove my suggestion that she was not invited back. I apologize for the error.