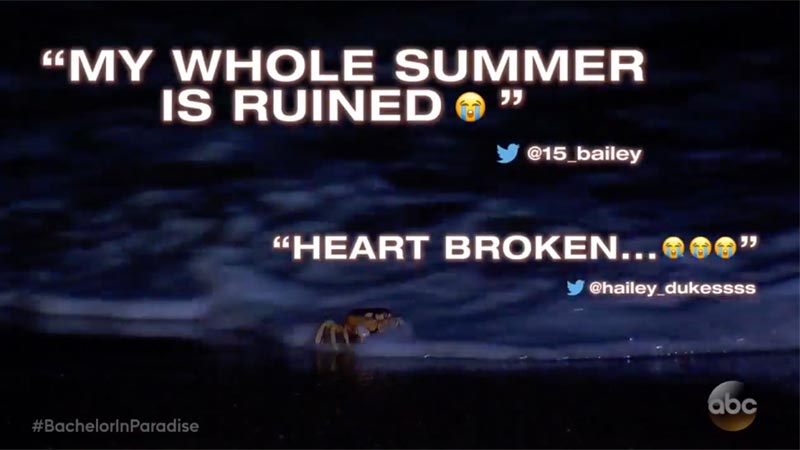 ABC is so excited about Bachelor in Paradise they’ve released this trailer, via the fine journalists at People magazine who are always available to assist a broadcast network with their promotional duties, to remind us that the best show of the summer was almost ruined! By an investigation into possible sexual assault! BOOOO.

So get ready for fun! Yaaay!

Nice work, everyone! Just don’t forget that, while the investigation revealed nothing was wrong, you should stick to that two-drinks-per-hour maximum rule you enacted as you celebrate this victory so you don’t risk another summer being ruined for your fans.