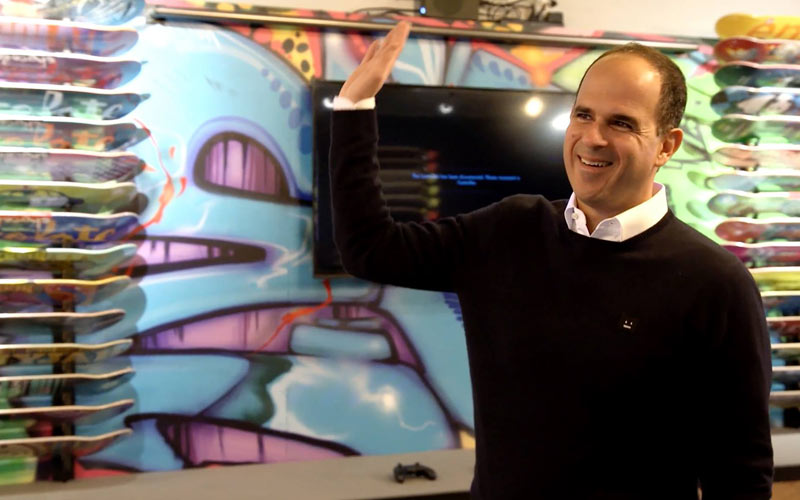 As Marcus Lemonis was touring Windward Boardshop in Chicago during The Profit‘s latest episode, he went down to the basement and the company’s shipping department. That’s where he met Cody. “Everybody has to do so much there is no fun time, but I miss that part,” Cody said.

And then Cody broke fourth wall, sort of. “I’ve looked into your personal businesses and seen what you’ve done,” he said to Marcus, in a clip that made the preview. “For everything I’ve researched about you, I don’t know if you’re about the businesses any more. Like, are you just going to turn this into a glorified chain skateboard store in the malls and stuff?”

Marcus asked if Cody thought he was a “monster” who’d strip the brand’s “authenticity” away.

“I think you have a lot of money and you’re a powerful man, and that is not an easy thing to work with,” Cody said. Marcus replied not, Don’t worry, you won’t have to work for me after I fire you, but instead with, “I think you’re going to be surprised.”

I was: in part because that exchange was so honest, but also because Cody was not the focus of the episode, nor the problem-child that business makeover shows sometimes need to find in order to have a villain for the episode. Based on the preview, I would have guessed Cody and his recalcitrance would have been the episode’s villain.

I was also surprised because this episode of The Profit felt like a throwback to earlier seasons.

At the very least, it’s different than last season, when the show fell into a predictable rut for me—with the notable exception of its final episodes, including the genre-bending one filmed in Cuba. (I’m referring to the way the episodes were edited, not the investments themselves.)

Tangent: This is technically still part of season four, not season five, because calling 20 episodes one “season”—instead of two 10-episode seasons—allows networks to not only to air episodes in blocks, but also to keep everything under one contract instead of having to renegotiate with the production company and cast for a new season.

This episode did end with a grand reopening, a really spectacular transformation of the company’s flagship store, but along the way it encountered some new and welcome territory:

I appreciate the challenge of shaping all of this into a narrative, never mind filming it, and there was a clear hero, Jess, whose contributions went unrecognized until Marcus came in and saw clearly what was happening.

He eventually reallocated everyone’s equity, including his own, to give her more in the business—though her 10 percent, compared to the other guys’ 30 and 20 percent, seemed too low. But I’m responding to what I saw on television, which may not represent the totality of what they contribute.

What I do know is that, as an hour of television, The Profit delivered.