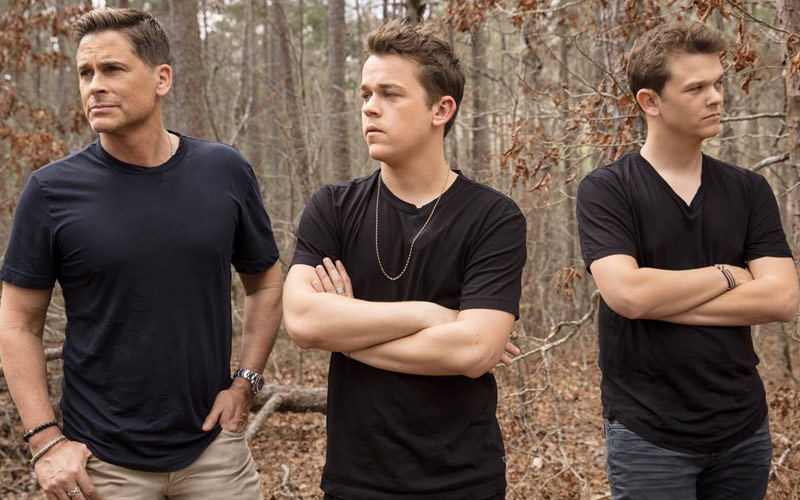 Rob Lowe and his sons Matthew and John Owen star in The Lowe Files. (Photo by A&E)

The Lowe Files has an almost comic premise: an actor and his adult children conducting searching for aliens and ghosts—or “infamous unsolved mysteries,” as A&E calls it.

It’s a safe bet they won’t find Bigfoot or explore an alien spaceship. So like all paranormal investigation shows, the show hinges on the cast and their chemistry. Are they interesting to watch as they find nothing? Is there something more here? Or are they trying too hard to pretend there’s something there, both in the dark and between them?

A&E released a trailer today, and holy shit does it succeed in making an argument for this show—even though it’s a lot of stock footage and very little footage of the show itself.

It starts with home video footage that connects the premise of The Lowe Files back to Matthew and John Owen’s childhoods, and that claim—that this is more than just a way for a celebrity to pocket some cash—is bolstered by Rob Lowe’s narration and a song Shazam couldn’t identify.

The press release A&E sent says that “for Rob, the ultimate goal in this undertaking is to create lasting memories with his two beloved sons who are on the verge of adulthood with their own lives, careers and families ahead of them.”

That is very much the case the trailer makes. The Lowe Files may not deliver the emotional punch these 1.5 minutes do, but whoever cut this trailer has definitely sold me on checking out the show. I hope the show is as great as it is.

What Rob Lowe and sons will be investigating

A&E said that Rob, Matthew, and John Owen will “seek out a mysterious story or spooky legend and immerse themselves in the exploration and debate of the experience” in every episode.

Those mysteries and legends include the following: