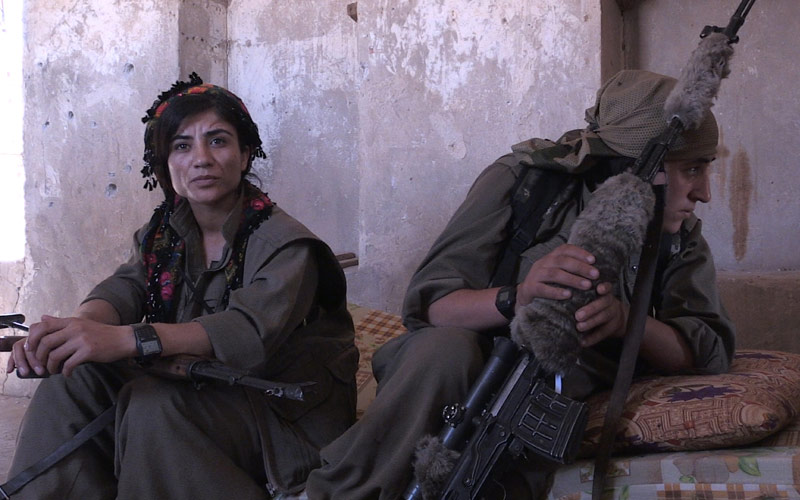 Female snipers who are part of the PKK helped liberate Sinjar in November 2014. (Photo by Carsten Stormer/Junger Quested Films)

“The greatest tragedy of our generation.”

That’s what filmmaker Nick Quested called the war in Syria during a press conference at the winter TCA press tour in January.

But war in Syria—that’s so abstract, and honestly, so hard for me to understand. Where to even start? It’s complicated and ongoing and changing. That’s why I appreciate documentaries like the one Quested has created with Sebastian Junger, Hell on Earth: The Fall of Syria and the Rise of ISIS, which premieres on National Geographic this Sunday at 9 p.m.

They bring us into the story. As Quested said, he and Junger are “explaining [the war] through the people who are experiencing it.”

“The war in Syria is the greatest tragedy of our generation, so we felt obliged to examine it and try and explain it in as much detail as we possibly can,” he added, “because the news organizations in America seem to be skimming the surface and really not involved in finding the characters who are experiencing this war.”

As you can see from this exclusive clip provided by the network, Hell on Earth is intimate, up close, and horrifying.

There is some graphic content in this clip—but even as I winced, I imagined not just watching this on a computer, but living it, as so many civilians are doing every single day.