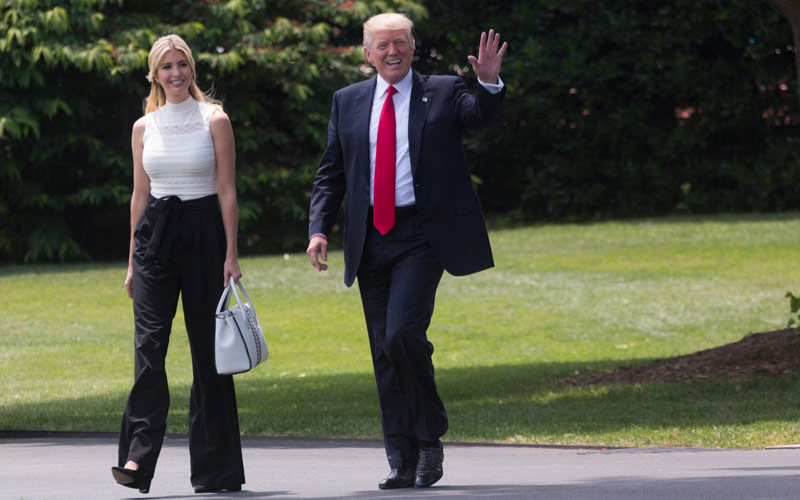 Article 1, section 9, of the United States Constitution concludes with this clause:

No Title of Nobility shall be granted by the United States: And no Person holding any Office of Profit or Trust under them, shall, without the Consent of the Congress, accept of any present, Emolument, Office, or Title, of any kind whatever, from any King, Prince, or foreign State.”

The key word is “emolument”—that’s the thing no one holding office can accept—and Merriam-Webster defines it as “returns arising from office or employment usually in the form of compensation or perquisites.”

That clause, and The Apprentice, are both key parts of a lawsuit that the District of Columbia and the State of Maryland have filed against Trump.

In their lawsuit, the two states claim that “unprecedented constitutional violations by the President that have injured and threaten to cause continuing injury to” them.

Those alleged violations include Trump receiving money from broadcasts of The Apprentice on BBC, a taxpayer-funded organization in the UK.

BBC One airs its own version of the show, and in January said it was casting for a new season. And this spring, the network also aired repeats of the U.S. Celebrity Apprentice.

Why Trump is being sued

The lawsuit claims, on page four, that “President Trump, acting through companies he owns or controls, has violated both the Foreign Emoluments Clause and the Domestic Emoluments Clause by receiving millions of dollars in payments, benefits, and other valuable consideration from foreign governments and persons acting on their behalf.”

It makes six specific claims, and the final claim involves his TV show:

“payments from foreign governmcnt-owned broadcasters related to rebroadcasts and foreign versions of the television program ‘The Apprentice’ and its spinoffs.”

Page 22 of the lawsuit [PDF], which you can read in its entirety below, discusses “international versions and distribution of The Apprentice,” and says:

71. The defendant earns royalties and other payments from the distribution in other countries of the television program “The Apprentice” and its spinons (including “The Celebrity Apprentice” and “The New Celebrity Apprentice,” for which he is still an executive producer), and also from international versions of the programs produced in other countries. In some instances, these payments originate from foreign governments or their agents or instrumentalities. For instance, the defendant is paid for a version of the program “The Apprentice” that airs in the United Kingdom. The network that broadcasts “The Apprentice” and spinoff shows in the United Kingdom is an instrumentality of a foreign state.

That portion of the suit cites this Forbes article, which explains that Trump receives “both a per-episode payout and a percentage of the profit made from licensing the show to various networks worldwide and the integration of products into the show,” and notes that “the show has current iterations in the U.K., Brazil, Bulgaria, Indonesia and Vietnam; each of these must pay MGM a licensing fee for the show’s name and set-up, a portion of which goes to Trump.”

White House press secretary Sean Spicer was asked about the lawsuit during the June 11 press briefing. In his answer below, he’s simultaneously discussing a separate, earlier lawsuit by a progressive group, CREW, that sued in January over similar violations but may have standing problems.

“I think the President’s interest, as previously discussed, do not violate the emoluments clause for reasons, at length, that the Department of Justice filing enumerate in their Friday night filing, with respect to the CREW lawsuit — it was just the first one.  This lawsuit today is just another iteration of the case that was filed by that group, CREW — filed actually by the same lawyers.  So it’s not hard to conclude that partisan politics may be one of the motivations behind the seat.

The suit was filed by two Democratic attorney generals. The lawyers driving the suit are an advocacy group with partisan ties. It actually started with a press conference as opposed to filing it, which is interesting.  And the suit challenges the sort of business transaction that everyone from Penny Pritzker, who served in the last administration, and others have engaged in while in office.  So I think we’ll continue to move to dismiss this case in the normal course of business.”