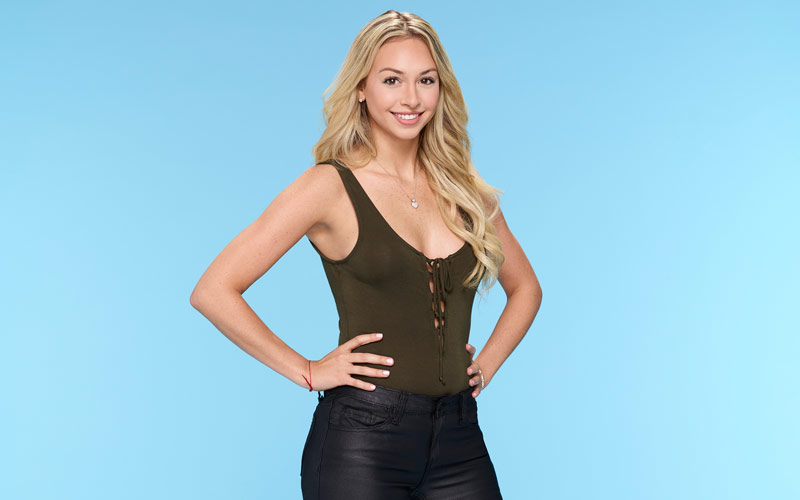 Bachelor in Paradise cast member Corinne Olympios has released a statement identifying herself as the woman involved in the possible sexual assault during production.

She says she has “little memory” of the events, and is “seeking therapy” and “hiring an attorney to obtain justice.”

“I am a victim and have spent the last week trying to make sense of what happened on June 4. Although I have little memory of that night, something bad obviously took place, which I understand is why production on the show has now been suspended and a producer on the show has filed a complaint against the production. As a woman, this is my worst nightmare and it has now become my reality. As I pursue the details and facts surrounding that night and the immediate days after, I have retained a group of professionals to ensure that what happened on June 4 comes to light and I can continue my life, including hiring an attorney to obtain justice and seeking therapy to begin dealing with the physical and emotional trauma stemming from that evening.”

Earlier this week, People quoted an unidentified contestant who said crew members “could have seen that she was drinking too much and that he was taking advantage. They could have stopped this before it got this far. But they decided to let it go, and let it happen, and see what happened? So, I’m angry at the show, and everyone else is too.”

Corinne previously appeared on Nick Viall’s season of The Bachelor.

I have not previously identified Corinne in stories, as I choose to follow standard journalistic ethics and not identify victims of sexual assault unless they choose to identify themselves.