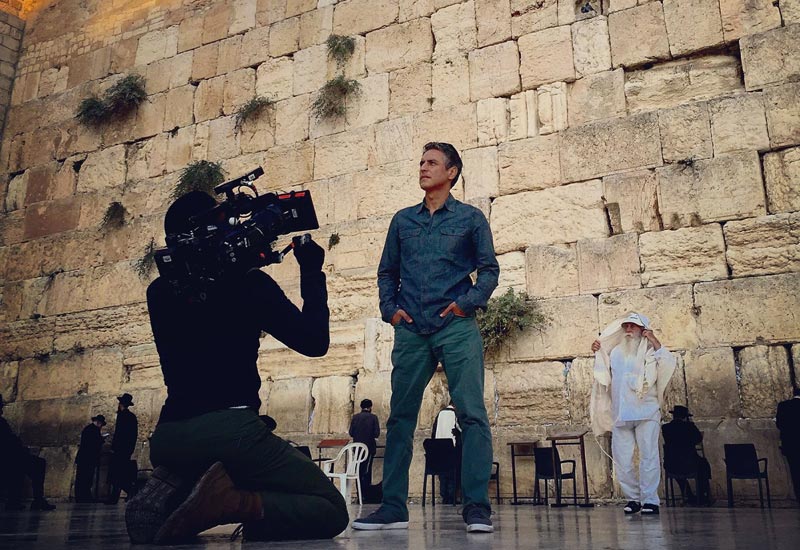 Reza Aslan filming a scene for his CNN show Believer at the Western Wall in Jerusalem.

CNN has cancelled Reza Aslan’s documentary reality series Believer over a tweet by its star, Reza Aslan. That comes one week after the network fired former reality show star Kathy Griffin from co-hosting its New Year’s Eve celebrations because she participated in a photo shoot holding a fake bloody head resembling Donald Trump.

Believer, which debuted in March, was renewed by CNN, which Turner announced May 17 during its upfront presentations. Today, just three weeks later, the network says it “decided to not move forward with production” on season two and said, “We wish Reza and his production team all the best.”

The New York Times’ TV critic called this “weaselly” in a tweet. After another person suggested that backlash to the Believer episode about cannibalism and criticism over the show’s (intentional) attention to minor groups, James Poniewozik wrote that’s “all the more reason for CNN to say why it cut a show in middle of season 2 production, vs weaselly ‘decided not to move forward.'”

CNN’s decision was attributed to a tweet by Aslan. Responding to Donald Trump’s reaction to the London terrorist attacks, Aslan tweeted this:

“I lost my cool and responded to him in a derogatory fashion. That’s not like me. I should have used better language to express my shock and frustration at the president’s lack of decorum and sympathy for the victims of London. I apologize for my choice of words.”

“Obviously I am very disappointed in this decision. Believer means a great deal to me and to the countless viewers it’s reached. Its message of religious tolerance and exploration is extremely important right now. I am deeply grateful to CNN for giving me the opportunity to launch the show and to amplify my voice on their network. I am especially grateful to the legion of people within the Turner organization who worked so hard to make the show a hit series. However, in these politically charged times, the tenor of our nation’s discourse has become complicated, and I recognize that CNN needs to protect its brand as an unbiased news outlet. Similarly, I need to honor my voice. I am not a journalist. I am a social commentator and scholar. And so I agree with CNN that it is best that we part ways. I look forward to partnering with another platform in the future to continue to spread my message. I wish CNN all the best.”