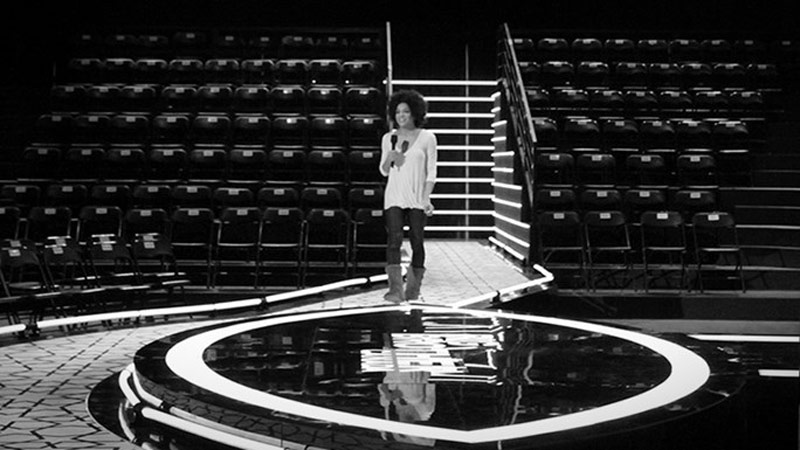 Big Brother Canada host Arisa Cox does a run-through before the show's broadcast. (Photo by Global)

Big Brother Canada will not air a sixth season during the 2017-2018 television season, the first time that Canada won’t have a version of the show since 2013.

“Big Brother Canada is on hiatus for the coming broadcast year. Further details will be announced at a later date. Global remains the broadcaster for Big Brother.”

“Hiatus” suggests it may return, but it also might be a way of just deferring a decision, or delaying a cancellation announcement.

In short: it’s somewhat meaningless, and the only concrete thing we know is that Global cancelled next year’s edition.

All three episodes that aired during BBCAN 5’s final week were among Canada’s top-30 shows.

BBCAN is generally viewed by Big Brother fans as the superior North American version, i.e. better than the CBS version. The show has aired in the spring every year, for two seasons on Slice, and then three seasons on Global.

People associated with the show don’t sound hopeful about its future.

Host Arisa Cox wrote about the series in the past tense over two tweets:

“It’s been FIVE BRILLIANT SEASONS and now it’s official, @BigBrotherCA is on hiatus. MASSIVE LOVE to our BB fam from the bottom of my heart.”

“We CAN and we WILL get through this together! The second we know more I’ll share it, so stay tuned. LOVE!”

A senior producer for the show, Mike Bickerton, tweeted “A massive congratulations and thank you to you and the entire #BBCAN team Arisa. High end production and true passion for creating great tv.”