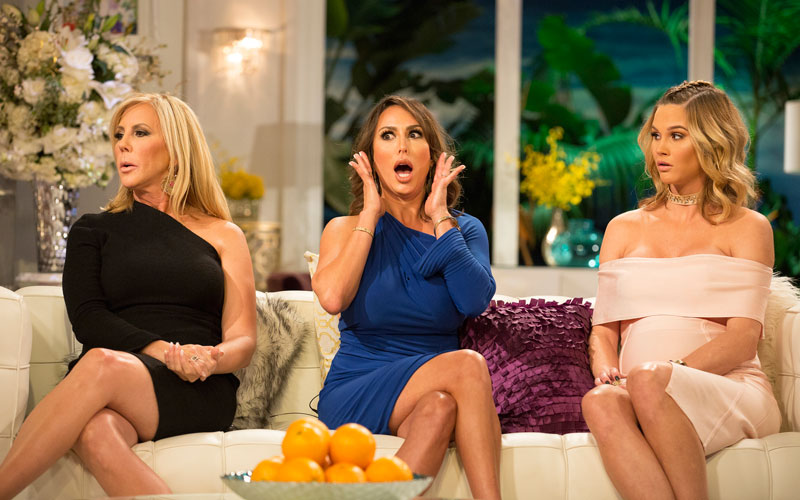 Next month’s debut of Real Housewives of Orange County season 12 will include the introduction of yet another main cast member to a series, and that’s also a milestone: the 100th housewife.

It’s been 11 years since The Real Housewives debuted on Bravo, and the franchise now spans nine individual series, two of which (DC and Miami) have since been cancelled. All of the show’s stars are women, though not all are literal housewives—especially now that they’re celebrities whose lives fuel gossip and entertainment publications, and who have used that celebrity to start lucrative businesses.

And of course, those shows have featured many more than the 100 stars, including spouses, kids, and others.

Peggy Sulahian joines RHOC season 12, and Bravo says she’s “the 100th housewife to join the franchise.” Her bio describes her like this:

“Born in Armenia, Peggy lives a life of luxury in the exclusive Crystal Cove community with her custom wheel mogul husband Diko, and their three children – daughters Giovanna, 19, Gianelle, 17 and son Koko, 9. After losing her mom to breast cancer at the age of 51, Peggy made the difficult decision to undergo a double mastectomy when doctors recently found a lump in her breast. As she prepares for reconstructive surgery, she wastes no time inserting herself into the drama, but often finds herself lost in translation amongst the women.”

Bravo’s press release says that Peggy is #100, but I wondered how they were counting—do guests count? Or those credited as “friends”?

I checked the math, using Wikipedia’s lists of main cast members—the women who appear in the opening credits, basically—and there are exactly 100 now.

Here’s the list of every cast member (again, drawn from Wikipedia), some of whom only lasted one season as a main cast member, and some of whom have been on TV for 11 years now.

They’re grouped by cast, with the first member of each cast preceded by the city.