Why logos and art are sometimes blurred on reality TV shows

On unscripted shows, logos and brands are often blurred or obscured—a sticker or piece of tape over the Apple logo on a Mac laptop, a generic label on a condiment—while others are not.

Why is that? Why do logos get blurred on television, or in film, or even in music videos? The answer, it turns out, is complicated, but is mostly about money in various forms.

Here’s a look at how and why it happens, on reality TV shows and documentaries, but also in scripted series and films.

Greeking out labels and logos

The process of physically obscuring logos—which happens in TV, film, and even theatre—is known as “greeking.” That’s a reference to the phrase “Greek to me,” because the final version is unrecognizable; it’s even a phrase used by designers to refer to layouts that use fake “lorem ipsum” text.

On reality television, where budgets are tight, the process often occurs quickly during filming, with tape or markers, though some shows go to greater lengths.

On Chopped, for example, it’s one person’s job to create fake, legible labels for products in the show’s pantry, sometimes ones with inside jokes or crew members’ names. Ted Allen said in an interview, “We have a graphic designer who sits there right next to the Chopped kitchen and prints out with this elaborate printer all of these crazy labels that she’s designed. Wouldn’t that be a fun job? She really gets into it. She makes the packaging look really fun.”

It’s usually not that elaborate, though, and is often comical. I find the round stickers used to cover Apple logos on MacBook laptops to be particularly absurd. For me, those stickers actually call more attention to the brand, because they are so obviously Apple products that the attempt to hide them seems ridiculous.

So why bother? Why go to all this work? Let’s look at the various reasons why this happens.

It’s not illegal to show a logo

“A trademark is a brand name,” according to the United States Patent and Trademark Office, which adds, “A trademark or service mark includes any word, name, symbol, device, or any combination, used or intended to be used to identify and distinguish the goods/services of one seller or provider from those of others, and to indicate the source of the goods/services.”

Trademarks protect against use by other companies and/or confusion. For example, someone couldn’t create a line of computers and use an apple without a bite as its logo, because Apple would protect its trademark.

But using images of a product that has a trademarked name or logo is just fine, especially in creative works such as films or TV shows.

That’s according to an expert at Stanford Law’s Fair Use Project. Daniel Nazer told CBS News that trademark laws “don’t exist to give companies the right to control and censor movies and TV shows that might happen to include real-world items. It is the case that often filmmakers get paid by companies to include their products. I think that’s sort of led to a culture where they expect they’ll have control. That’s not a right the trademark law gives them.”

Nazer was discussing Anheuser-Busch’s irritation that the Paramount movie Flight, starring Denzel Washington as an alcoholic pilot, showed his character drinking Budweiser, among other liquor brands. None of them paid for that product integration, nor did they give permission or license it. Again, that’s not necessary for a filmmaker to use a product.

Even if it’s legal, production companies and their network bosses are going to err on the side of extreme caution, because television is a risk-averse industry. That’s especially true in reality television, where budgets are getting tighter and tighter.

On an episode of The Jay and Tony Show Show, Jay and Tony talked about having to blur logos on one of the Gigolos cast members’ underwear: “We had to blur those Louis Vuitton logos … on his little short underwear because they could have seen it and said, You’re fucking with our brand … because now people associate our brand with his penis.”

Louis Vuitton might have said that, but it’s not against the law to wear a brand’s underwear in a reality TV show.

Again, though, even if it’s legal, fighting any kind of battle in or out of court is more expensive than just getting rid of the logo. And sometimes companies are litigious: Emerson Electric sued NBC over an episode of Heroes in which a character had her hand mangled in a garbage disposal with its brand name. The company later dropped its lawsuit.

Not annoying sponsors, and not giving away free ads

But getting sued is not the only reason why producers or networks would excise brands. They also do that because they don’t want to irritate the people who are giving them money: the companies that pay for ads, sponsorships, and product integration.

Some networks may have an exclusive deal with a particular brand—maybe a cars, or a beverage—and they fear angering that advertiser, so they demand all competition be erased.

Or, they’d rather sell product integration. If a brand is going to be featured in a popular show, it might as well earn the network some cash, even if that product integration is the most awkward part of the entire episode, with reality show cast members being forced to sell a product mid-episode with their lack of acting skills.

A New York Magazine story about product integration reports that during production of Felicity, J.J. Abrams fought the network over blurring products, because he wanted the show to be realistic, but in a later show, gave in to product integration: “He fought for realism as the network erased brands […] By the time of Alias’ third season, in 2003, the world had changed. Abrams cut a deal with Ford.”

In other words, it all has to do with money.

There’s one other thing we should discuss: Paintings and other artwork are also often blurred, but for a different reason. While artwork cannot be trademarked, it is copyrighted, and that means the creator of the work has the right to control how it’s publicly displayed and performed.

First, copyright is automatic for any work you create, whether that’s the words I’m typing or something you draw on piece of paper. You do not have to register something for it to be copyrighted, but you do have to register it if you want to sue someone. The U.S. Copyright Office has more information.

To use copyrighted work, permission is required—unless the use is considered fair use, and there’s a four-part test to determine what’s fair use.

That’s because displaying a painting on a TV show would be effectively copying and distributing it, and that cannot happen without permission. And low-budget reality shows without staff and/or resources to license a work might choose to just blur artwork instead of trying to find the copyright holder and obtain permission. 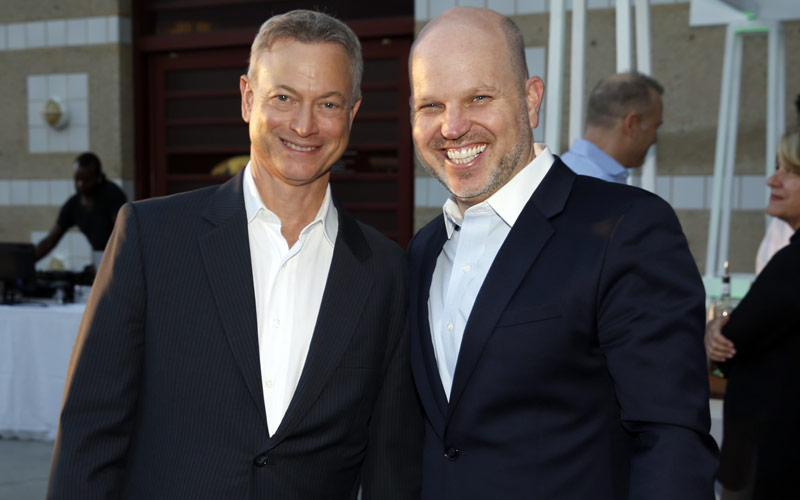 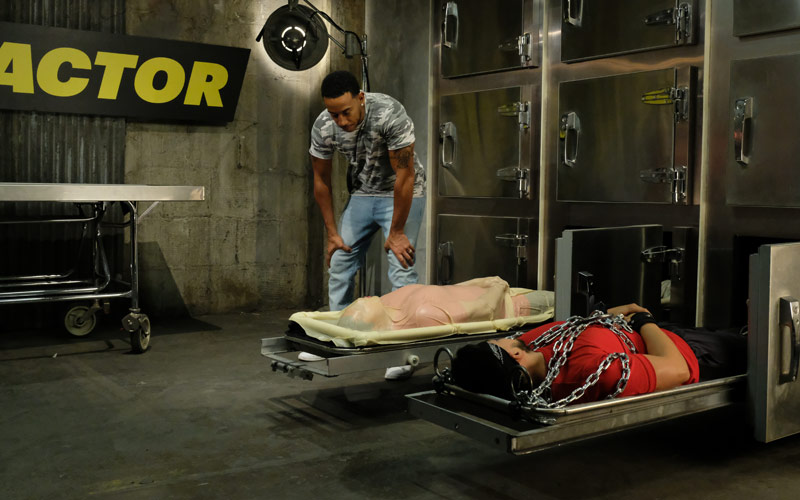