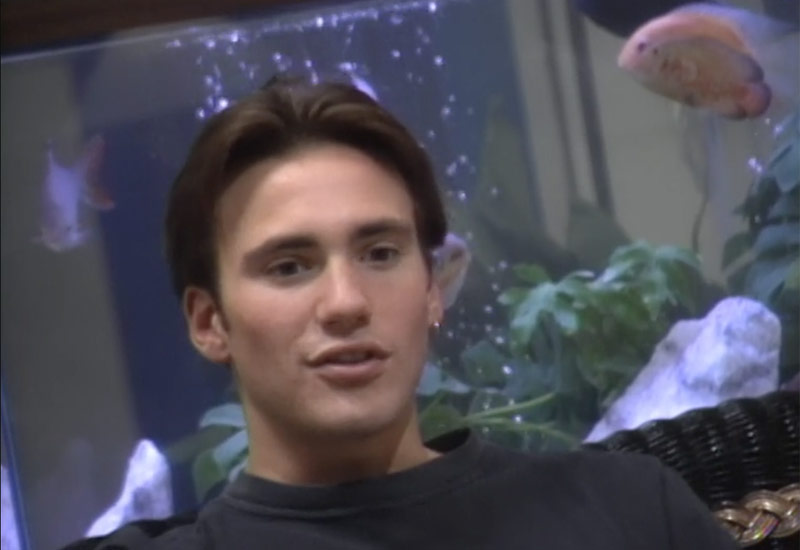 Eric Nies and two fish: the first images of The Real World season one on MTV, the show that changed everything.

On May 21, 1992, 25 years ago today, the first widely used web browser, Netscape, wouldn’t be released for another two years. Bill Clinton had not yet won the Democratic primary. The Mall of America wouldn’t open for another three months. Jeff Probst was 30 years old, and wouldn’t host Rock & Roll Jeopardy for another six years.

That was the day The Real World debuted on MTV, starting a television revolution that has lasted for a quarter century and shows no sign of stopping.

Yes, it’s been a whole five years since the show turned 20, and 10 years since it turned 15, both occasions I memorialized here. Why keep pointing out the anniversary? It’s moments like this that mark the passage of time the most dramatically for me; wasn’t it just yesterday that I eagerly awaiting my next issue of Entertainment Weekly to read about the new season of The Real World?

In May of 1992, I was 14, and wouldn’t watch The Real World for more than a year. It’s now been 17 years since I finished recapping The Real World Hawaii, was fired from that job, and started reality blurred.

To mark the anniversary, you can:

How the show has changed through the years

Some highlights from reality blurred‘s archives: