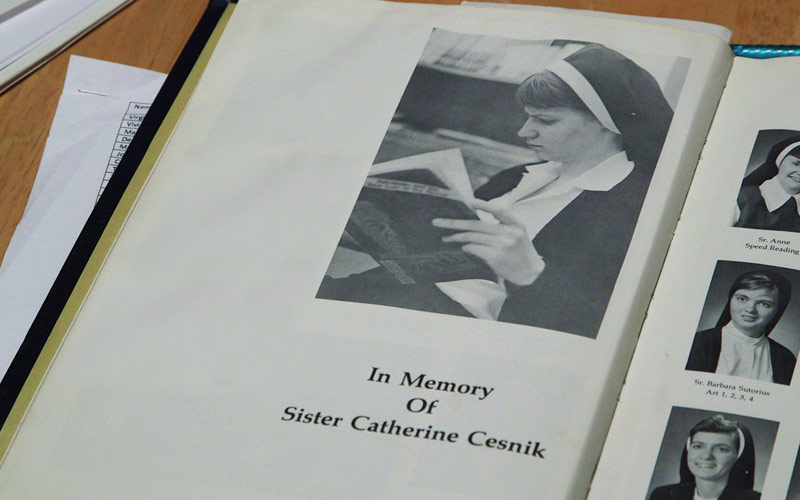 Sister Catherine Cesnik, memorialized in a yearbook, whose murder is the subject of Netflix's The Keepers. (Image by Netflix)

Sister Cathy Cesnik was a 26-year-old nun whose body was found on Jan. 3, 1970. While her case is unsolved, it isn’t exactly cold: A priest’s body was recently exhumed as part of the investigation but unrelated to the show, a Baltimore County police spokesperson told the Washington Post.

If you want to know more about the case, Baltimore City Paper republished its 2005 story about the case, and says in an introduction to the reprint that “everyone who has looked at the case in the past two decades or so thinks it’s a good bet that the parish priest murdered the young nun, probably because she was going to blow the whistle on the priest’s sexual abuse of young girls at the school where she taught.”

The series is directed by Ryan White, who also directed the documentary The Case Against 8, and will be released May 19 at 12:01 a.m. PT.