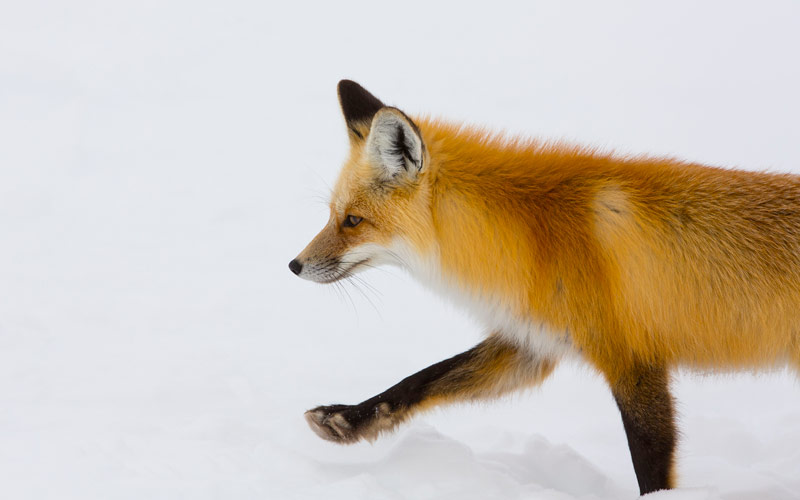 Reality television receives a lot of criticism—including from me!—about ways that some productions distort reality. Nature documentaries, though, they’re as pure as the snow the red fox above is walking on.

Actually, no. That wonderful crunching sound you hear when the fox takes each step? That’s not the sound of its paws on the snow.

Instead, it’s the work of a foley artist, who creates artificial sounds in a studio—sometimes because the crew was too far away to capture great audio, and sometimes because the animal doesn’t make any sound at all, and that just looks weird. (Reality TV certainly uses artificial sound design sometimes; for me, it’s most obvious when there are sounds of wild, cheering crowds yet the crowd that’s visible is just sitting and maybe clapping politely.)

I learned about the techniques used by nature documentary filmmakers in a recent episode of 99 Percent Invisible—a podcast about “the unnoticed architecture and design that shape our world,” which is terrific when it’s actually telling stories about hidden design, from the carpet pattern at Portland’s airport to food flying through the air in ads.

The episode includes an interview with a foley artist who worked on the recent BBC America spectacle Planet Earth II, and he details his process. (The BBC admitted this last fall, saying ” “Range and ambient noise ensure quite a lot of wild sounds simply cannot be recorded in the field. Wildlife filmmakers often turn to sound designers to recreate something that sounds like it would in the wild — a soundtrack that is true to nature.”)

99 Percent Invisible also explains how some nature documentaries construct habitats in studios so they can get shots inside a den or nest, or why a production might use trained animals instead of ones in the wild.

listen to the episode

Most fascinating to me was the episode’s exploration of the way in which nature documentaries have convinced us that certain things are real, even when they’re not. For example, an elephant does not make thundering sounds with every step it takes; they’re actually very quiet.

For another example, lemmings don’t run off of cliffs—but they were thrown off of one for Disney’s 1958 nature film White Wilderness.

Yes, they were literally transported to a cliff and forced off of it by the film’s producers, and now our culture’s use of the term “lemming” is inaccurate, in part because a Disney documentary staged a scene and lied to us.

As it turns out, nature documentaries are just as produced as reality TV. And just like reality TV, that production can create entertainment that’s true to life, or it can be deceptive.