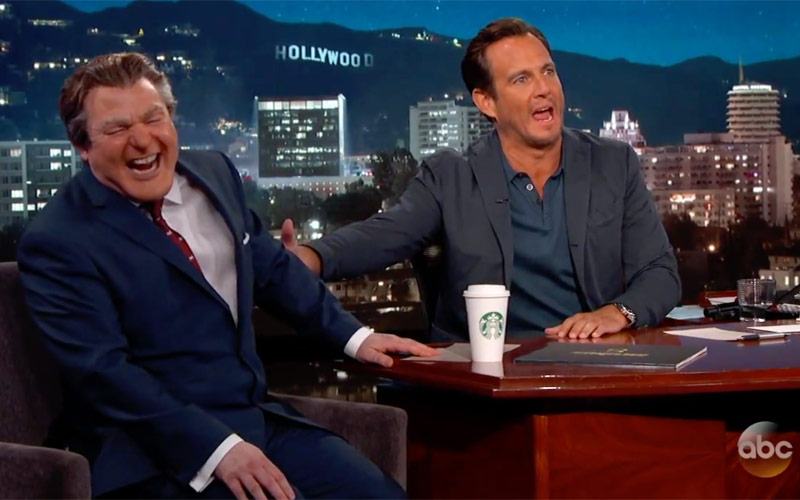 The character who’s hosting ABC’s reboot of The Gong Show appeared on Jimmy Kimmel Live last night, the ABC show that was guest hosted by Will Arnett, an executive producer on The Gong Show. That character’s name is Tommy Maitland, and he’s played by Mike Myers, not that anyone involved with the show has publicly admitted that yet.

I was intrigued by the announcement and thought it was a ridiculous idea for a show that celebrates the ridiculous. And then I watched this interview.

I can get past the (intentionally bad?) plastic makeup, but the voice is about 92 percent Austin Powers, and the personality is about 100 percent dreadful.

Even with Arnett—a comic actor—to bounce jokes off of and play with, Myers just kept falling flat. “Do you know what your nickname is in England?” he asks Arnett. “Mr. Hand Sanitizer. Three pumps and a squirt.”

And it’s not just that one joke, it’s everything, up and to his exit to go to the bathroom. THR writer Seth Abramovitch compared the character to Piers Morgan, and I think even that is generous.

Watch the two tedious minutes here and tell me if I’m overreacting: