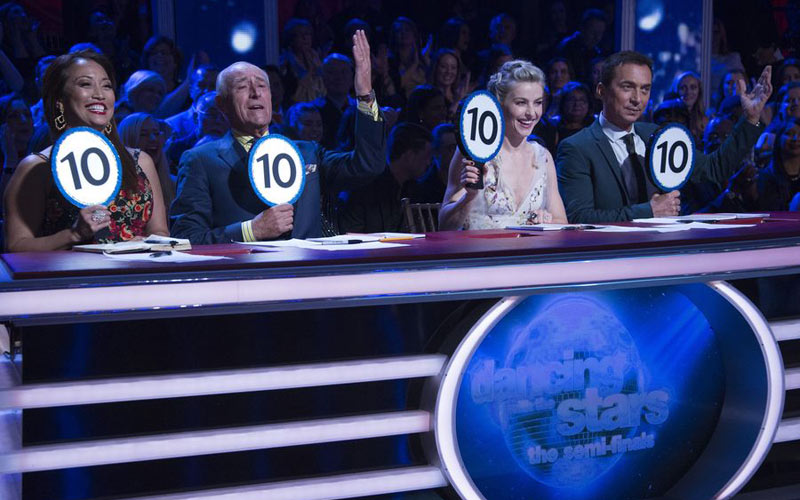 The broadcast networks’ upfront presentations have concluded, and we now have their official fall schedules, full of new shows, even more white people, and very little reality television.

There are 10 hours of unscripted TV scheduled on broadcast networks this fall, a change from nine hours last year. There are a total of 92.5 prime-time hours, including 7 to 8 p.m. on Sundays and Fox’s Saturday night football block.

The biggest change is that ABC overtook NBC by adding two reality shows as NBC dropped one. One of those—and the one additional hour of unscripted this year—is America’s Funniest Home Videos, which debuted in late fall, so I didn’t include it in last year’s count.

Those 10 hours come from a total of 7 shows, because there are two hours of Dancing with the Stars and three hours of The Voice each week. (I did not include news or sports programming in my count.)

This isn’t dire for reality TV, which is thriving on broadcast in the summer (just look at the schedule!), and which is also waiting in the wings for shows to be cancelled or for midseason timeslots. This week, networks announced a total of 12 additional midseason reality shows.

For more on why the fall has less reality TV than it used to, read my L.A. Times story from last October, which includes insight from network executives.

Here are all the broadcast networks’ scheduled reality TV shows, as announced this week during their upfront presentations.

Five hours out of 22 (two more than last year)

One hour out of 22 (unchanged)

Three hours out of 22 (one less than last year)