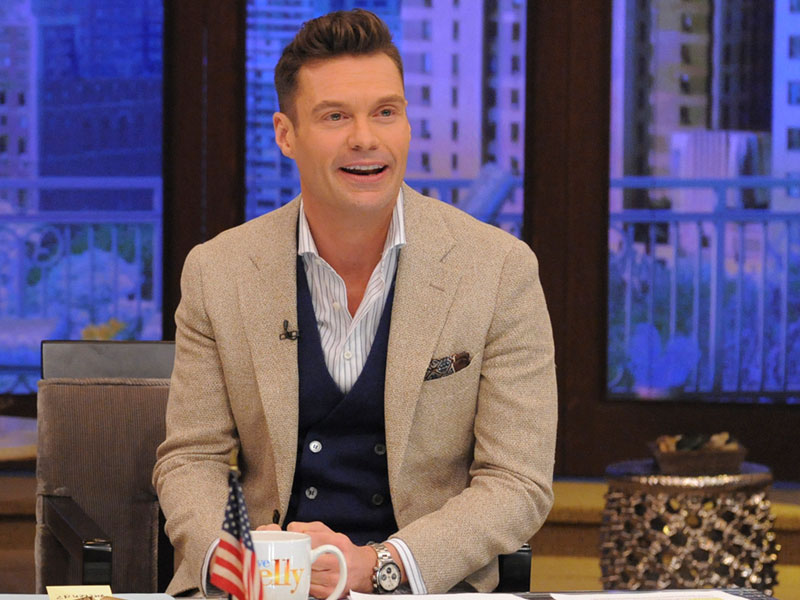 Ryan Seacrest, the new co-host on Live with Kelly and Ryan, and rumored host of ABC's American Idol reboot. (Photo by Pawel Kaminski/Disney)

While NBC was interested earlier this year, it’s now looking likely that ABC, home of Dancing with the Stars and Shark Tank, may land the show.

ABC’s interest was first reported by TMZ, in TMZ’s typically unreadably punctuated style. The Hollywood Reporter followed up “that ABC is considered the front-runner to land the singing competition’s return — though its original network Fox is still said to be in the mix.”

It’s not clear if “in the mix” is a negotiating tactic on the part of FremantleMedia and Core Media Group, or if Fox actually wants back the show it cancelled just over one year ago. While its ratings were still decent then, the show was too expensive to continue: THR cites the “astronomical salaries” of “Seacrest and judge Jennifer Lopez.”

Would Seacrest return? It seems unlikely—not only because of his salary, but because he’s in New York and producers want the show to stay in Los Angeles.

TMZ has a ludicrous report that not only says ABC wants to air Idol against the Voice, but walks through how Seacrest would fly back and forth to LA twice weekly to do both shows—even though “ABC has not reached out to Ryan.” I agree with MJ, who writes that “TMZ is just trolling us.”

When Idol went off the air, Seacrest said the show would be back, and Simon Fuller was open about his desire to reimagine the format: “Now I can actually revamp it and come up with a new version. And we can look back on 15 seasons and think of some legitimate ways to allow people to enjoy them again, maybe adding another dimension to it,” he told THR.

The show was still popular a year ago, and there are other reasons why it makes sense to bring it back.

But bringing Seacrest back, despite his clear talent, will invite even more immediate comparison to the old series. His new job gives Idol even more of a reason to go in a new direction. If the show will have a truly reinvented or updated format, better to leave the past behind.