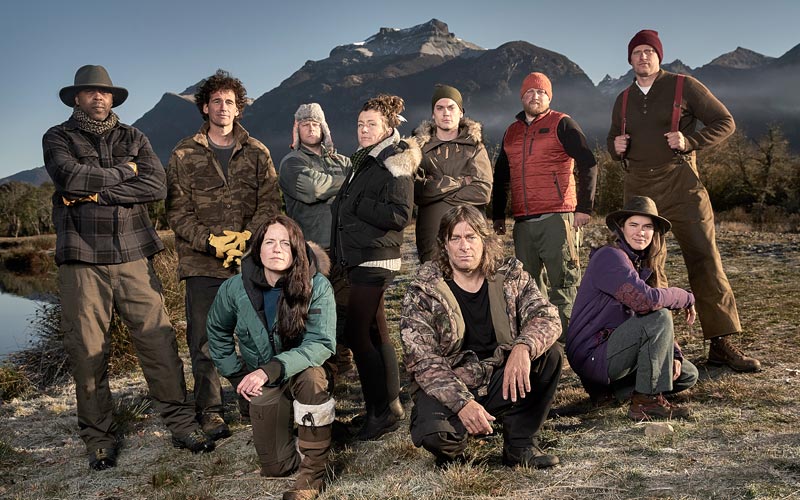 The season three cast of History's Alone, which is changing its format for season four. (Photo by Karolina Wojtasik/History)

For its fourth season, the History Channel’s Alone is abandoning the very premise of its title: its survivalist contestants, who try to outlast everyone else to win $500,000, won’t be alone. Instead, they’ll be competing in teams of two.

The survivalists will be paired with family members, apparently, a twist that’s available now that The Amazing Race abandoned it, though they will have to find their partners first.

“…seven teams of two will be separated and dropped miles apart with two ultimate goals: navigate the brutal, unforgiving terrain of Vancouver Island in an attempt to locate their isolated partner and, once reunited, survive as long as they can. For these seven pairs of family members will having a partner help or hurt their chances of going the distance?”

‘No gimmicks’ for the season with a gimmick

In a press release, history executive Zachary Behr tries to justify this, insisting, “At its core the show remains the same” but then goes on to say that once the contestants are “reunited, they’ll have to communicate, compromise and work together with their teammate if they want to endure the longest.”

So in other words, there isn’t enough drama or conflict with isolated people, so they’re adding in:

The press release also insists “no gimmicks,” even after spending several paragraphs describing and selling the show’s new gimmick.

I understand that titles aren’t always flawlessly accurate depictions of a show’s content, and even Alone’s tagline isn’t really true: “No crew. No equipment. No help,” it says, even though the contestants are visited by medics regularly, and they can, of course, call for help if they need it. Plus they have a few supplies they’re allowed to take—this season, it’s 10 per team.

Changes are okay, even necessary to keep a show fresh. And in my initial review, I did find parts of the show dragged a little bit for me.

But the core of this show is surviving alone, with absolutely no idea how the other contestants are doing, because the show continues indefinitely until everyone drops out. It’s about surviving, sure, but mostly it’s about living with the unknown, and dealing with that—well, alone.