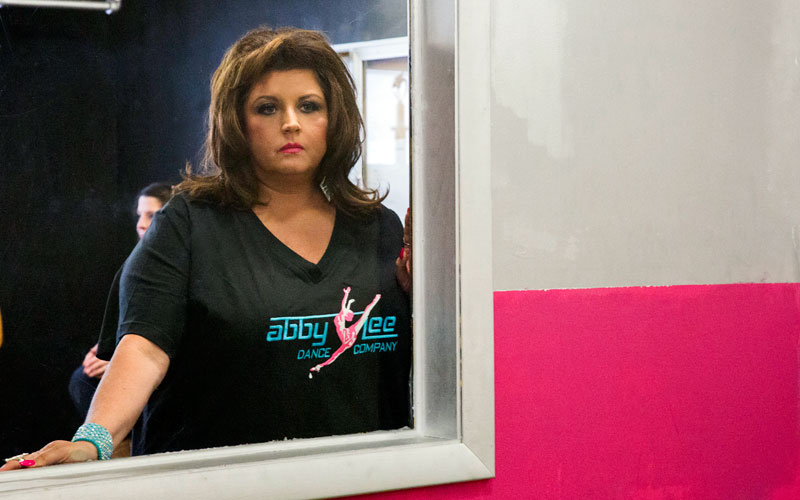 Former Dance Moms star Abby Lee Miller has been sentenced to one year and one day in a federal prison, her punishment “for concealing assets from her television contracts and dance seminars from bankruptcy and to smuggling money into the United States,” The Pittsburgh Post-Gazette reported.

Last fall, the Department of Justice’s U.S. Attorney’s Office for the Western District of Pennsylvania said Abigale Lee Miller was “indicted by a federal grand jury in Pittsburgh on charges of bankruptcy fraud, concealment of bankruptcy assets, and false bankruptcy declarations.” Its indictment claimed that:

“…after filing a Petition to Reorganize her dance studio in December, 2010, Miller then schemed to defraud the bankruptcy court by concealing income she earned between 2012 and 2013 from her performances on the reality TV show Dance Moms and related spinoff TV shows, as well as from Masterclass dance sessions and merchandise and apparel sales. The indictment alleges that Miller created bank accounts to hide the income, and instructed others to conceal certain income from the bankruptcy court and Trustee. It is also alleged that Miller made numerous false declarations in monthly operating reports which did not report certain income or underreported certain other business income. The indictment further alleges Miller concealed income totaling approximately $755,492.85 from the Trustee and creditors, and gained favorable terms to restructure debt from her fraudulent acts.”

Abby Lee Miller is also out of Dance Moms

The popularity of Dance Moms, which first debuted in 2011 and introduced the world to Abby’s aggressive teaching of her young dance students, led to a lot of controversy—and a number of spin-offs. Abby Lee Miller starred in several shows for Lifetime, including Abby’s Ultimate Dance Competition and Abby’s Studio Rescue.

Six weeks ago, Abby Lee Miller quit Dance Moms in a mostly all-caps Instagram post that blamed producers who have “manipulated, disrespected, and used” her. She wrote, in part,

“I WILL NO LONGER TAKE PART IN DANCE MOMS. FOR THE PAST SIX YEARS/ SEVEN SEASONS I HAVE ASKED, BEGGED, AND EVEN DEMANDED CREATIVE CREDIT FOR ALL THE IDEAS, AWARD WINNING ROUTINES, THEMES, AND COSTUMING – TO NO AVAIL! TODAY, I WAS SO PROUD THAT I WENT AGAINST THE PRODUCER’S IDEA (ONCE AGAIN) TO ENTER A COMMAND PERFORMANCE OF ONE OF MY FAVORITE NUMBERS… “WHERE HAVE ALL THE CHILDREN GONE?” ALONG WITH THREE BEAUTIFUL SOLOS! I don’t have a problem working with any kid, I love children and have dedicated my life to making other people’s children successful! I JUST HAVE A PROBLEM WITH BEING MANIPULATED, DISRESPECTED, AND USED – DAY IN AND DAY OUT BY MEN WHO NEVER TOOK A DANCE LESSON IN THEIR LIVES AND TREAT WOMEN LIKE DIRT”

While cast members have said on social media that season seven will be the last, its executive producer tweeted that the show will return. Cheryl Burke was brought in by producers to replace Abby Lee Miller, who told People, “I just know they’re going to treat her a hell of a lot better than they treated me, for now. Give her six years, they’ll talk to her like she’s dirt too.”