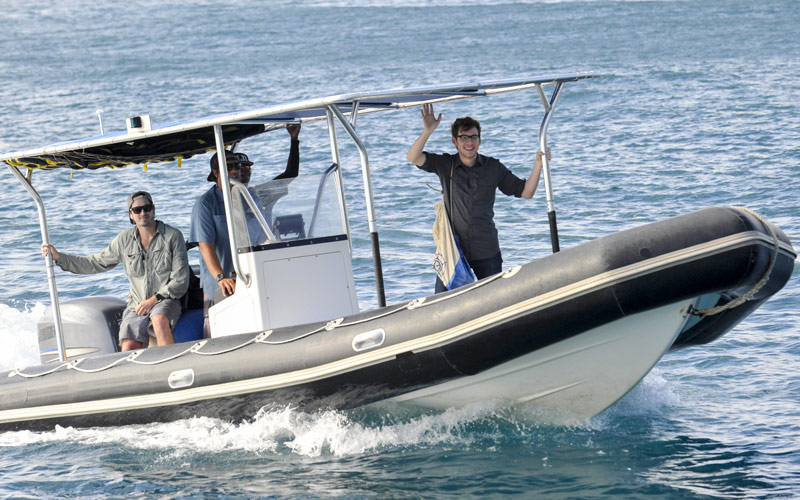 John Cochran stops by Fiji for a visit with Debbie on Survivor Game Changers. (Photo by Jeffrey Neira/CBS Entertainment)

Whatever you think of the twists, or Debbie, or Cochran, it was too long. Thankfully, Survivor alum Randy Bailey has re-edited the scene, so it’s now just 45 seconds long.

I still have tears on my cheeks from watching that over and over again.

It’s such perfect editing. Debbie’s “Cochran?”, the way the music lines up with the blast, and the final “Jesus!” are small but incredibly effective touches.

And for the record, I like Cochran (he’s a nice guy and was a great winner), and Cochran himself liked Randy Bailey’s tweet with the video.