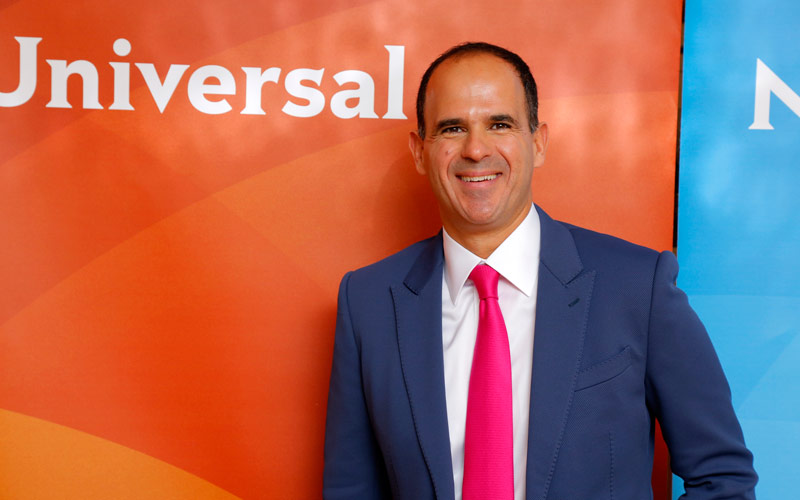 Julianna Reed became the first partner selected on The Profit spin-off The Partner on Tuesday, but she wasn’t the only person from the show hired by Marcus Lemonis.

I learned that yesterday when I interviewed Marcus about the series. He was as candid and straightforward as always, including about the show’s successes and its problems.

For example, The Partner didn’t do well in the ratings, falling throughout the season, with a finale watched by only 294,000 people—several hundred thousand viewers fewer per episode than The Profit’s last season. “Ratings were not consistent with The Profit. I don’t care,” Marcus told me. “I never went to CNBC for ratings.”

He said that if Juli and his other hire work out well, and this process proves succesful, “then I absolutely am going to do it again and I don’t care if anybody watches.”

That other hire was not Peilin, but Chuck Brewer, the restaurant owner eliminated in the second episode. “I ended up hiring him about a month ago,” Marcus said, adding that Chuck is receiving a salary but “has to earn equity over time.”

At the end of the finale, Marcus said he wished he could hire both of the two finalists, but he ended up only choosing Juli. I asked if hiring one person was necessary to have a satisfying conclusion to the series, or something the network wanted.

“I don’t really care about the show. What I care about is it’s a $500,000 contract over three years” and equity, which affects the businesses Juli will be working with, he said. “It was just simple math for me.”

The final decision was easy, Marcus told me. “Juli has been working with me for four moths now” and “was the best choice by a long shot. Was Peilin qualified? You bet. She just didn’t understand the human connection enough.”

Though Marcus Lemonis is happy with the outcome of The Partner, he admits that his decision-making along the way wasn’t perfect.

“Did I make a mistake? I don’t know anybody who hasn’t made a hiring mistake,” he said. But crucially, “I don’t think that any of those mistakes would have changed the outcome.”

Specifically, Marcus said,  “Erin stayed longer than he should have, because he showed really good signs of grit,” though “then he would fall of the wagon,” leading Marcus to ask, “is the pressure of television and the competition messing with his head?”

Marcus said clearly: “He should have gone home first.” 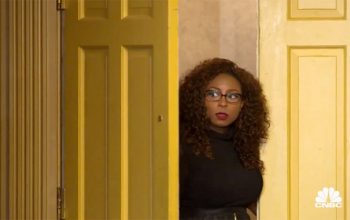 Buffie discovers the big twist in The Partner’s episode one.

Again, though, that didn’t change the outcome. In fact, Marcus told me that he was leaning toward Juli and Peilin: “I felt middway through that Juli and Peilin were going to lead.” Buffie, he said, “deserved a chance to prove herself” in part because of all the research she’d done on businesses.

During the season, viewers were vocal about the candidates’ performance. “I think people wanted me to be harder” on the candidates, Marcus said, but “I’m not the way in real life; I don’t operate that way.”

The same is true of the way he let people go, which happened at informal moments throughout the process.

“I was criticized heavily—it wasn’t great television because there was no manufactured drama. My firings were not firings; I’m not Donald Trump. The way I let people go, with grace and dignity—why would I have to be an asshole to somebody? You suck; go home.”

The job search was really primary: Marcus said that whether or not the network was fond of his process didn’t matter: “don’t like it, do like it, I really am hiring this person.”

Were The Partner candidates qualified?

Machete Productions, which produces both The Partner and The Profit, “brought me 150 people in six different batches,” Marcus said. As is typical for reality TV casting, that started with applications sent to the show, and included Skype interviews—but also a look at their backgrounds. “In this particular case their professional experience and their educational experience was relevant,” Marcus said.

“I picked people who I thought I could work with,” he told me. “Were there people who were better TV? Yes. So much of it is about chemistry.”

As he said so many times on The Partner, “I feel like I can teach people” about the basics of the job, but “I can’t teach people about how to interact with other people” or how to “work work work.”

He’s aware of the criticism—such as my own, which we discussed—that the candidates did not seem qualified. “To who? Who don’t they seem qualified to?” he asked. Even though it may have affected viewers’ perceptions, Marcus added, “I was very adamant about not exaggerating people’s flaws or overselling their strengths.”

The show itself included several moments when a candidate’s apparent flaws were described as strengths. For example, in the finale, when Juli broke down while discussing financials, Marcus says to the camera, “That’s a good example of a leader acknowledging what he or she is good at, and what they’re not. … You can’t teach people humility and their ability to recognize what they need to work on.”

The Partner was filmed over three weeks, a “very intense” process in which “they did not get a lot of rest because I don’t get a lot of rest,” Marcus said. He recognizes that the stress of the process and production may have affected the candidates.

But, Marcus told me yesterday, “What I really got offended by was people were so nasty: Oh, these people suck; these people are stupid. Come on.”

And he never was pressured to hire any of the candidates. “If I didn’t want to hire them, I would have had no problem telling the network,” he said.

Talking about the challenge that the final two candidates were given—essentially doing what Marcus does on The Profit, and evaluating a business for a potential investment—Marcus told me, “If I were to throw you or anyone else who watched the show, and you have to do what I do, I think a lot of people would have sucked.”

(By the way, he told me that “neither of those deals were done, because the valuations were ridiculous.”)