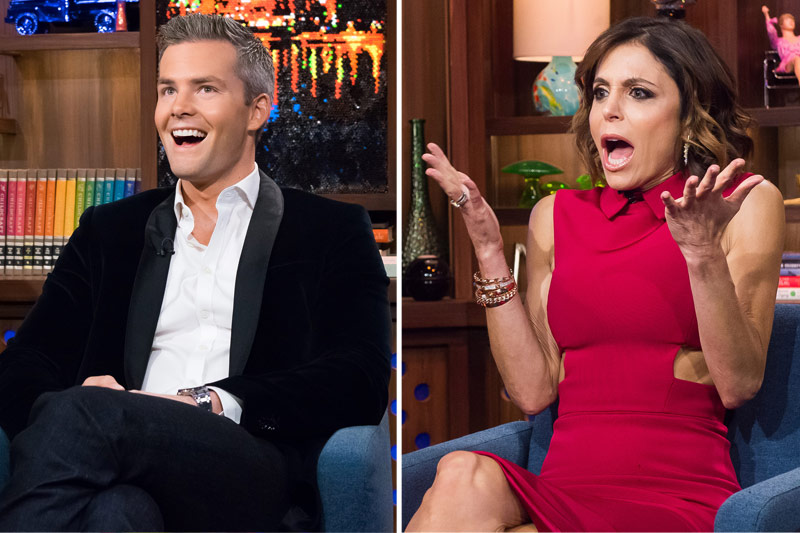 Ryan Serhant and Bethenny Frankel in separate Watch What Happens Live appearances. Both are getting new Bravo series. (Photos by Charles Sykes/Bravo)

Bravo is sticking with what works, renewing 16 reality shows, including seven Housewives and Housewives spin-off series—and is creating new shows with its proven characters.

The network’s press release notes that it it is “[c]ontinuing to counter industry trends” and “is the leader among the top 10 ad supported cable networks in returning series with year-over-year ratings growth in the coveted P18-49 demo.” The network is also a top-10 cable network in both the 18-49 and 25-54 demo.

To keep up that momentum, its new shows don’t do anything new, and two of them use existing personalities from Million Dollar Listing and RHONY:

The other new shows play on familiar Bravo themes and formats:

All the reality shows Bravo renewed

Here’s the full list of renewed shows; the first two shows were previously announced, and the rest are new to today’s release.