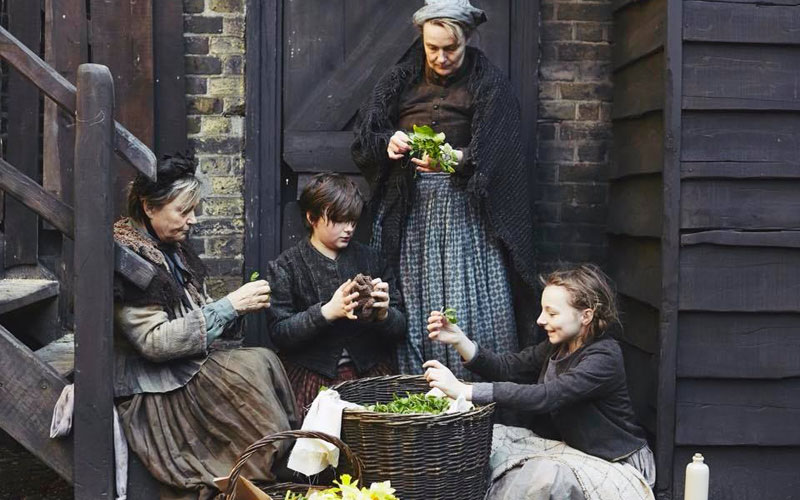 My heart started racing when I saw three words on a PBS schedule for early May—three words that made me think instantly of some of the best unscripted drama of the 2000s. Those words: Victorian Slum House. Could it be—could this be another one of the living history, historical house shows?

Yes, yes it is! Starting in May, PBS will broadcast a BBC Two program from last fall, where it was called The Victorian Slum, and had its participants live in a historically accurate tenement, the opposite of the royal life depicted on PBS’ period drama Victoria.

PBS has renamed the show to Victorian Slum House, sticking with the naming convention it used for the shows in the US: Manor House, 1900s House, Frontier House, Colonial House. Those were a combination of rebroadcasts of UK series and original productions.

If you have not yet been dazzled by watching people attempt life as our ancestors lived it, I highly recommend binge-watching Manor House, which is streaming free with Amazon Prime. (Others are available on DVD.)

Life in the slums

Filmed in Stratford and produced by Wall To Wall Media—the Peabody-winning production company that produced the original 1900 House and collaborated with WNET on Colonial House—the show was filmed over three weeks last spring. Each episode covers one decade, highlighting how that era affected people living in slums.

The show will air starting in May on Sundays at 8 p.m. ET, though as always with PBS shows, check your local listings.

Here’s PBS’ description, followed by a trailer from BBC Two, as PBS has yet to release a trailer:

“Victorian Slum House takes viewers back to the British slums of the 1800s, where a group of modern day families, couples and individuals recreate life in London’s East End as their forbearers once lived between 1860-1900. Faced with the virtually impossible task of earning enough money to pay the rent and put food on the table, over five episodes the participants experience first-hand the tough living and working conditions endured by the millions that made up the urban poor in Victorian Britain. It’s an eye-opening experience for the participants as they each confront the harsh realities of the past and together lay the groundwork for welfare reform in the 20th Century.”