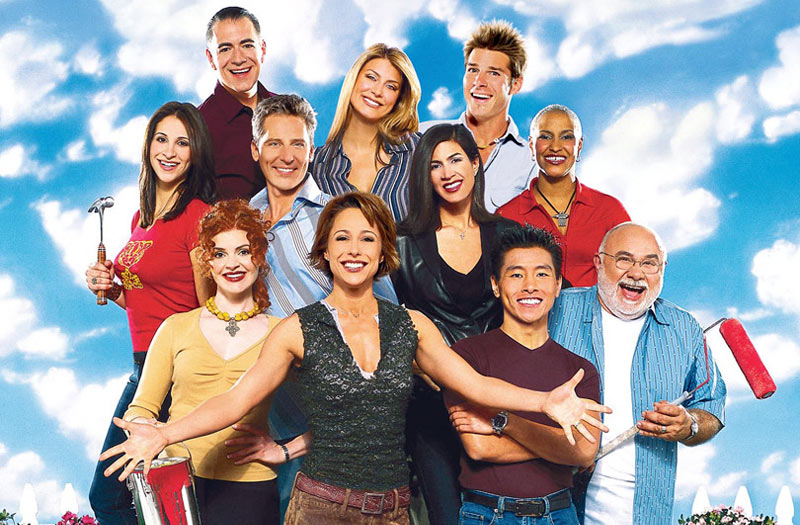 The original cast of designers and carpenters on TLC's Trading Spaces.

Nine years after being cancelled, Trading Spaces is returning to TLC. But there’s no word yet whether or not original host Paige Davis, or any of the designers (such as Doug Wilson, Hildi Santo Tomas, Genevieve Gorder, and Vern Yip) will return for this new version.

The show will have the same format—and $1,000 per room budget—as before, TLC announced. Its president and GM, Nancy Daniels, said, “We are thrilled to expand in this [home decorating] space, and what better way to do that than to bring back Trading Spaces, the series that put property on the map.”

Deadline reported that “Trading Spaces will be produced by Authentic Entertainment, a subsidiary of Endemol Shine North America.”

Trading Spaces debuted in 2000, and was based on a UK series, Changing Rooms.

The show holds a special place in my reality TV heart: Not only was it an early favorite, but it was the first show I saw from behind the scenes. Here’s what I discovered.