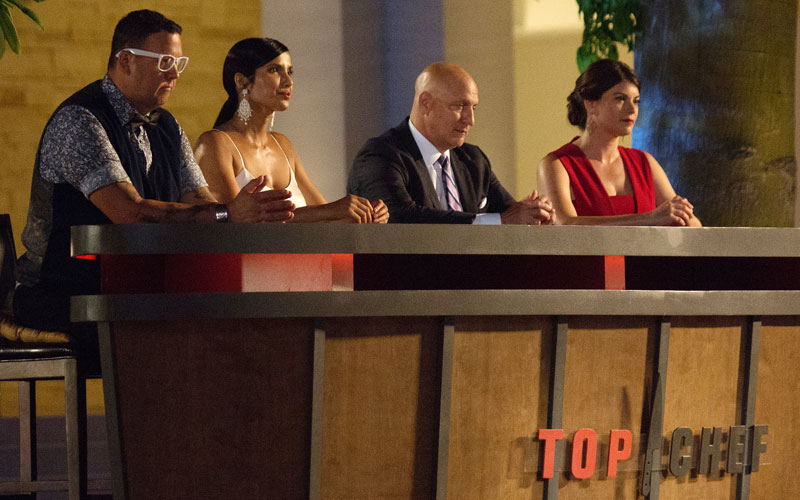 Top Chef season 15 will be filmed in Colorado, and the show will move between cities, as it has done during previous seasons in Texas and California.

Bravo announced that the show will visit Denver, Boulder, and Telluride during its season, which starts production this spring. Graham Elliot will return to judge along with Tom Colicchio, Gail Simmons, and host Padma Lakshmi.

Bravo’s Sheri Lavine said in a statement, “Our new cheftestants will have an abundance of inspiration to pull from as they cook amid the awe-inspiring scenery and explore the bourgeoning culinary scenes from cities to mountain resorts.”

What she didn’t mention is how much money Bravo will get from the state’s taxpayers: up to $1 million.

Colorado’s Office of Film, Television and Media “was authorized to give Bravo Media a 20 percent incentive … In other words, if they spend $5 million they will get $1 million,” The Denver Post reported

Colorado has $3 million in taxpayer dollars it uses as incentives to attract film and television projects (which may be cut next year). One-third of that could go to the Bravo show, because “Colorado offers incentives up to a 20 percent rebate on total spending for films, television shows or video games that spend a certain amount in the state and ensure that a majority of the workers on their payroll are Coloradans,” The Denver Business Journal reported.

Colorado film commissioner Donald Zuckerman—”who supported the effort to empty his office’s incentive budget in order to attract the show for its 15th season,” according to the Denver Business Journal—told the paper, “The anticipated spend by the show is $5 million, but the benefit is potentially huge because Colorado is not on most people’s food maps as a destination. We’ve got a shot at getting conventions that may have thought we had great steakhouses but didn’t know we had a great food scene.”

States paying for Top Chef is not new: Louisiana used oil spill money to attract Top Chef, and Texas paid $600,000 to get the show.