The premiere of Survivor Game Changers tonight (CBS, 8 p.m.) is not just the start of another all-star season of Survivor. It is also the show’s 500th episode, a remarkable milestone for any television show, and one few reality series have managed to reach (The Real World and American Idol are two).

A CBS ad for this season reveals that, over the show’s 17 years, there have been:

The hashtag in that ad, #Survivor500, has been used on social media by both fans and former players—two groups that have much more overlap 17 years and 34 seasons in—to share memories and reflect on the series.

Its very first player every voted off, Sonja Christopher, who’s now 80, shared a video in which she says, “I have not missed one episode watching it. I’ve recently turned 80, and I intend to watch the next 17 years of Survivor, and then I can happily hike off to the giant Tribal Council in the sky. I hope they don’t vote me off.”

#Survivor500 is a real-time illustration of how a game that started with a treasure chest of cash and some silly catchphrases became a cultural phenomenon that changed lives. And one of the lives it changed has himself changed the game.

A new twist for this season, and Survivor’s real change

The season introduces another change to Survivor’s game play: In the event of a tie, the tribe does not have the chance to revote. Instead, the tribe is forced to unanimously choose who is being voted out, or the people at risk become immune and everyone else draws rocks. (The procedures for tie votes gets more detail and attention than most rules in Survivor’s rule book.)

The change is born entirely out of host and showrunner Jeff Probst’s impatience. He doesn’t want alliances to be able to do the perfectly logical thing and trying to flush an idol by splitting the vote. In an interview with Josh Wigler, Probst acknowledges that 1) the crew isn’t entirely on board (“I can’t say our entire team loves this idea”) and 2) “I get frustrated” because “there’s no invoice. My philosophy on Survivor is everything should cost them something. This does not cost them anything.”

This is perhaps the most significant way the show has evolved over its 499 episodes so far—not by shifting its focus from survival to game play, but in the behind-the-scenes power shift that has transferred control from Mark Burnett to its host, Jeff Probst, with other showrunners in between.

Jeff Probst is, ultimately, an excellent steward for Survivor. He clearly loves it; he’s clearly passionate about making it better. Early on, he stood out as a host for being willing to ask the obvious questions, to listen to what was happening and respond like an audience member would. He was also doing more than other hosts, even before he took control of the production, from narrating challenges in real time to wrangling cast to presiding over Tribal Council. 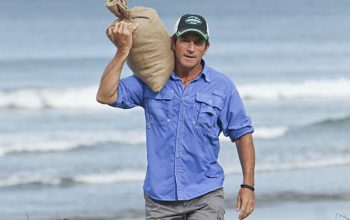 Dear Jeff Probst: Thanks for Survivor. Please change these 3 things.

It’s why I advocated for him to win the first reality TV hosting Emmy, and the Television Academy agreed—and kept agreeing, four years in a row.

As showrunner for the past 15 seasons or so, Jeff Probst has shepherded it into the prime of its life, and given us some of Survivor’s greatest seasons. For a show to continually surprise and awe its audience this late in its life is quite an achievement, and both Probst and his team deserve credit for that.

But unchecked ego has its limits, and Probst’s great instincts have become some of the show’s biggest liabilities. The best example of that is his challenge narration: What once was fun real-time narration that occasionally poked fun is now so overbearing and obvious it overtakes the challenge and its players. Probst took what worked and doubled-down, and then tripled-down, and now challenges are just a mess of him shouting the most obvious things we’re seeing.

A show like this should never be about its host; its host should add to it, as Probst did for years and years. But then things like this happened. And this. And this.

So now, in season 34, we have a host and showrunner who changed a major rule because he decided that the game wasn’t being played to his liking. (At least this is a pre-season rule change, unlike Hunted, which literally changed the game in the middle because a team was being too successful.)

We’ll see how it affects the game, if at all. But what’s clear now is that this season’s subtitle is arbitrary, but Probst is absolutely Survivor’s literal and figurative game changer, for worse and for better.

As I wrote in an open letter to Jeff Probst last May, I ultimately am truly and thoroughly appreciative of his efforts, just as I appreciate the hard work of every crew member that makes this series come to life. And I don’t doubt for a moment that all efforts come from a place of trying to make the show better. I offer criticism of Probst’s choices because because I believe those who produce television should be accountable for their choices, but mostly because I’m a fan who wants Survivor to continue to thrive.

Even though some choices don’t work for me, I’m especially grateful that Probst (and CBS) are willing to experiment with the show. Considering how successful it is in the ratings—it’s still one of the most popular shows in the country, and consistently wins its timeslot—and how averse most TV networks are to any kind of change that could alienate viewers, this is remarkable.

There’s a reason I cover Survivor so much in these electronic pages: it has kept my attention for 17 years, and kept me thoroughly engaged. It’s been a weekly television event around which I’ve formed friendships and has been a social game on my couch.

We’re 500 episodes in and Survivor still looks stunning. Its diverse cast of characters bring an array of life experiences into the game and into our living rooms, sharing intimate parts of their lives and themselves for our consumption and entertainment, and having the edited versions of their behavior and game play picked apart by passionate fans. Its editing, while sometimes frustrating, still presents the events of most episodes in a compelling narrative that rivals the best shows on television, scripted included.

Those who dismiss Survivor (“Is that show still on?” “Please shut the fuck up.”) are people who are not watching, not exposed to its artistry, not meeting its cast, not being immersed in a game that has transcended its trivialities to become a true game-changer, an important part of people’s lives for those on both sides of the TV screen.