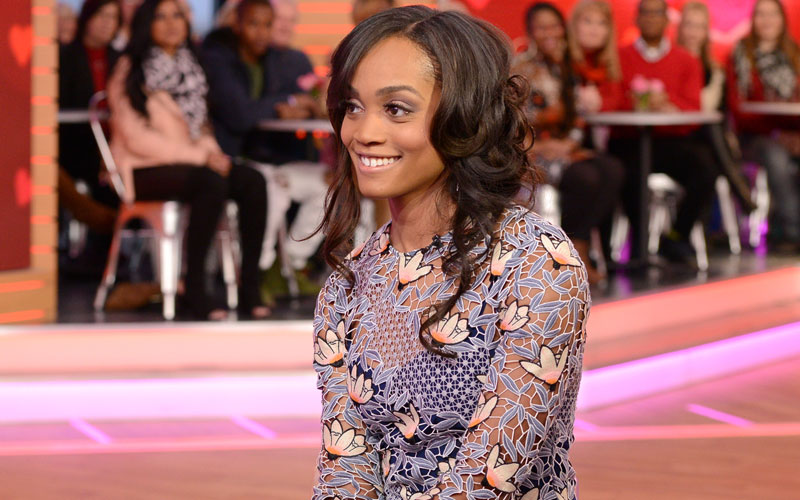 New Bachelorette Rachel Lindsay, seen here on Good Morning America, is an attorney, like so many contestants on The Bachelor franchise before her. (Photo by Lorenzo Bevilaqua/ABC)

Here’s your semi-regular curated list of recent-ish news and longer pieces about reality TV and unscripted entertainment. If I’ve missed a story, or you know about something, please send a link or a tip!

A story I missed in January but Michael Schneider’s story is a must-read: it’s based on a survey of reality TV producers, and reports on the challenges involved in the network-producer relationship. That includes networks wanting to retain more rights and share less of the profit with producers. Of particular interest: the “dozens of producers” surveyed named the best and worst networks to work with. The results, with some comments made by producers and reported by Variety:

“Best networks/buyers to deal with”, according to surveyed producers

1. tie: Amazon (“no understanding of the business” and “unresponsive”) and Spike (“know-it-all”)
2. Discovery (“harder to make a deal with”)
3. tie: MTV (“frustrating and confounding from a development point of view, and challenging when it comes to production”) and WE tv (“unreasonable on budgets,” “over-demanding,” and “crazy executives”).
6. Oxygen

After the Final Rose With TV’s Bachelawyers (The Ringer)

Why are there so many lawyers on The Bachelor and The Bachelorette, and does being on the show hurt their careers? The Ringer’s Ben Lindbergh explores.

A wonderful list, by Ed Casey, of all reasons why Top Chef cheftestants get cut.

Truman Capote’s In Cold Blood—which tells the story of the murder of the Clutter family in their Kansas farmhouse—is one of the most famous works of entertainment based on reality. But as Kevin Helliker reports, one of the two killers, Richard Hickock, wrote his own book, a book and story that both Capote and Kansas officials didn’t want to be published. It wasn’t.