Skip to Content
Leah Remni in an online-only clip from her A&E series Leah Remini: Scientology and the Aftermath.

Leah Remini: Scientology and the Aftermath, the outstanding documentary reality series on which Leah Remini talks with people whose lives have been affected by Scientology, has been renewed by A&E for a second season. This is excellent news for a show that’s well-produced and extremely compelling, and mostly just allows people to tell their stories.

10 episodes of the show, which is produced by the production company IPC, or Intellectual Property Corporation, have been ordered. There’s no date yet for when the show might return. 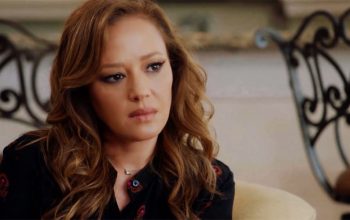 In the press release announcing the renewal, Leah Remini said,

“It became clear to us that although we were telling painful stories of former members of the Church of Scientology, this show was resonating strongly with people everywhere. The show is really about standing up for what is right and not letting bullies have their way. I feel it is important for people to know that you can take action to bring about change, both for yourself and for others.

Our intention is to send a clear message to abusers that they will not go unchecked and will not be permitted to continue harming people without being questioned and challenged. We have been deluged with messages from those who have stories to tell who feel the show is a forum where their voices can be heard. We have been overwhelmed with support from well-wishers and fans of the show from around the world. But most importantly we felt compelled to proceed with another season to continue to reveal truths and seek justice for all victims.”

A&E’s programming executive, Elaine Frontain Bryant, said in the release that “Leah’s passion and perseverance … has boldly empowered so many people to step forward and we’re eager to share more of those compelling stories with a new season.”