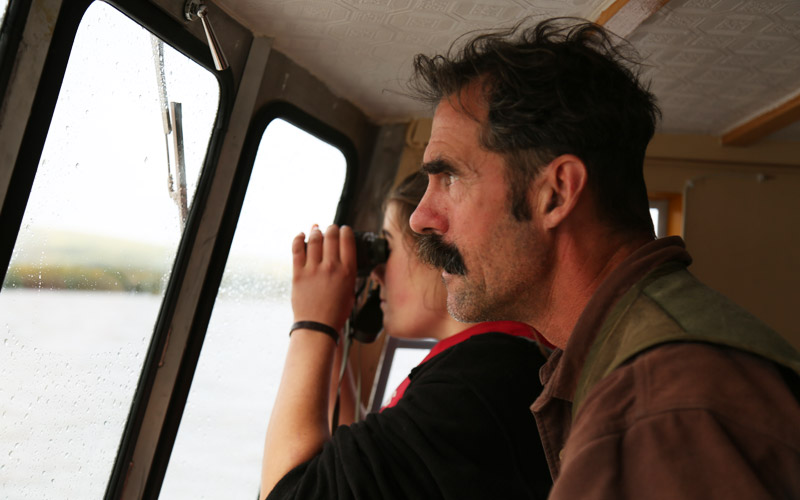 One of cable’s best reality series, The Last Alaskans, is returning for a third season. The Discovery Channel announced that late last week, just a few weeks before the March 22 season premiere.

2019 update:  Why the Lewis family is no longer on The Last Alaskans

This is excellent news, but reading between the lines of the press release reveals that one of the families the show followed for its first two seasons will not be returning: Ray and Cindy Lewis and their daughters Emma, Sarah, and Molly.

Discovery’s release described the events of this season’s 10 episodes like this:

“This season, as the Artic Refuge’s final permit holders seek prosperity in a hungry land, a new generation steps into this age-old way of life. Eager young trappers, Tyler and Ashley Selden, and Charlie Jagow fully commit to a life among North America’s most isolated, modern day pioneers. Aside from the day-to-day challenges, Tyler and Ashley face another surprise this season—welcoming their first child. Meanwhile, Bob Harte faces his mortality and flees the Alaskan winter and after 40 years in the bush, the legendary Heimo Korth yearns to pass the torch to his daughter Krin.

In an unexpected twist, both new and old generations must now learn how to survive a winter with much lighter snowfall than past. The families have always relied on heavy snow for their mobility to trap. Without solid snow fall, dog sleds and snow machines are of no use. This winter’s wolf packs move closer to the cabins, making trapping by foot all the more perilous. With pressure on their livelihood like never before, will The Last Alaskans overcome the tribulations that lie ahead this winter or will the homestead and its memories simply return to the wilderness?”

First, I love how the “twist” of this season is adapting to a change in weather, not some artificial drama.

Second, where is the Lewis family? On Friday, I asked Discovery exactly why they weren’t returning, but have not yet received an answer back. And searching social media and news reports turned up nothing.

They weren’t as major presence in season two, and Molly, Emma, and Sarah decided to leave the cabin. Still, they felt like a core part of the series, and Ray’s accessible Sam Elliott gravitas helped establish the series’ early tone.

Update: Discovery explained why The Last Alaskans no longer includes the Lewis family