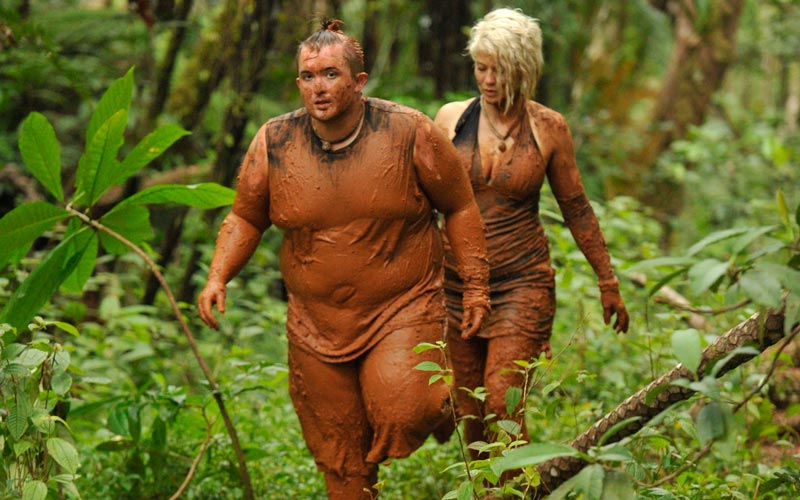 Maxwell and Tamra on the premiere of Fox's Kicking & Screaming. (Photo by Jeff Neira/Fox)

Last week, before the premiere of Kicking & Screaming, contestant and reality TV fan Maxwell told me that he went on the show to challenge himself: “I keep trying to push myself outside my box, because I think it makes me a better person,” he said.

On the second episode tonight (Fox, 9 p.m.), leaving that box results in “a low point” for Maxwell, who has to eat something even worse, he says, than his previously most terrible meal: “drive-thru tacos.”

You can see what that is in the clip below, which Fox provided.

Eating gross things is nothing new for reality TV, and it’s another throwback to the early 2000s version of reality competitions that Kicking & Screaming reminds me of. And it’s also a great example of what makes Maxwell such a terrific character.