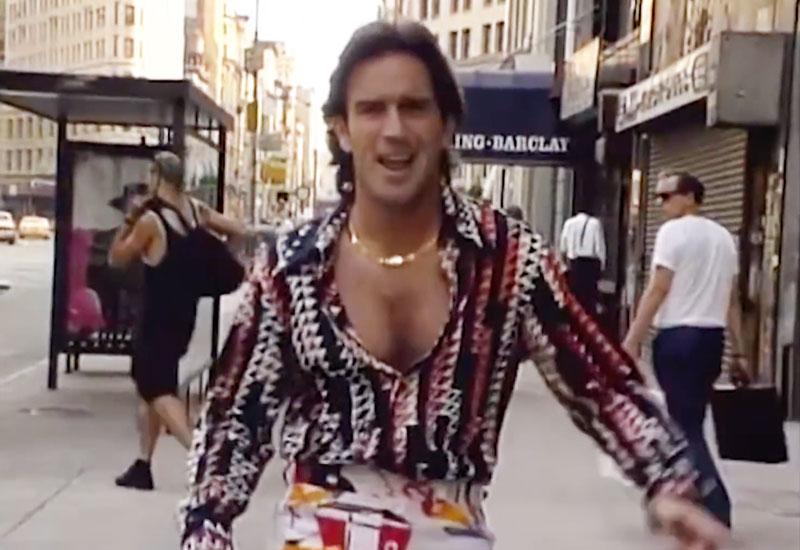 Jeff Probst appeared on The Tonight Show Starring Jimmy Fallon on Wednesday, and part of the interview included pre-Survivor footage that actually makes it worthwhile to watch Jimmy Fallon for a few moments, if you can hold back the dry heaves that Fallon’s simpleton goober act usually triggers.

The footage is Jeff Probst’s demo reel that he sent to Mark Burnett to audition for Survivor back in 1999, and it’s charming and embarrassing and fantastic all in one.

I knew Probst hosted Rock & Roll Jeopardy!, but I had no idea he acted in “over 250 corporate videos” and was the “principle actor in over 150 commercials,” according to his demo reel.

Survivor really was a game-changer for Probst.

I’m intensely skeptical that the broadcast of this was a surprise for Probst: He brought up his demo reel in the conversation, and Fallon just happened to have it? Please.

If Fallon did surprise Probst, however, Fallon was tougher on Survivor’s host than he was on the future president of the United States.

But even if it was just a pre-planned bit, it was worth it, and all I want to do this weekend is watch Jeff Probst in corporate videos and commercials. (Have any? Send them to me!)