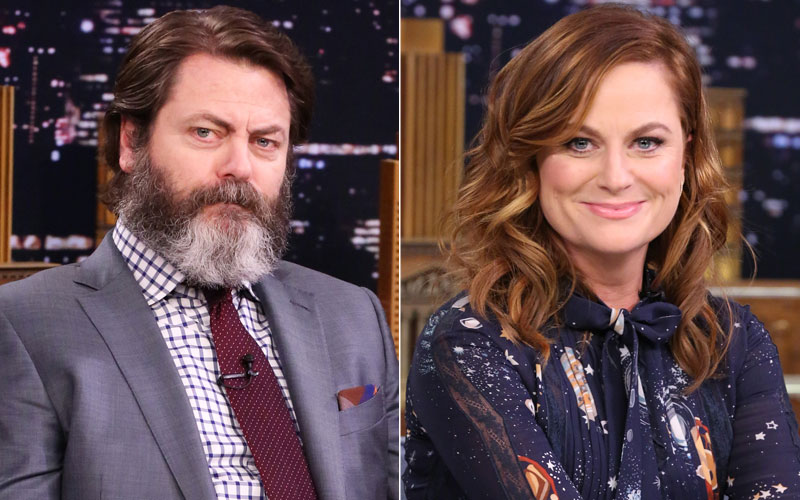 Parks and Recreation stars Amy Poehler and Nick Offerman are going to produce and host a new NBC reality competition series called The Handmade Project, no relation to The Handmaid’s Tale. Instead, it’s a competition between people who craft things by hand. As the casting announcement says:

Eight contestants will compete during six episodes, and “will undertake a series of projects they must complete in their own unique way with the hopes of impressing Poehler, Offerman and our expert judges,” according to NBC.

Perhaps most notable (and exciting) is this language, which suggests to me that the show is aiming for a Great British Baking Show vibe:

“Shot in a serene outdoor setting, this friendly competition will ultimately crown a winner at the end of the six-week journey, but the series will focus on the characters and camaraderie of those who enjoy creating their own crafts, all under the comedic guidance of Poehler and Offerman.”

Comedic hosts, outdoor setting, talented people “of all ages,” no prize? That’s The Great British Bake-Off without food—and that is also awesome.

Anyone 16 or older may apply, and the show will be filmed sometime between August and December.

Offerman is a well-known wood carver who wrote a book about his work. In the press release, he says, “People who make things are my favorite kind of folk. Practical, clever and terrific in a pinch. That makes me tickled pink to have a front row seat at this prodigious display of talent, and admiring and cheering on an amazing crop of American makers. Plus, Amy and I have a strong tradition of tomfoolery so let’s see if we don’t have some good fun.”