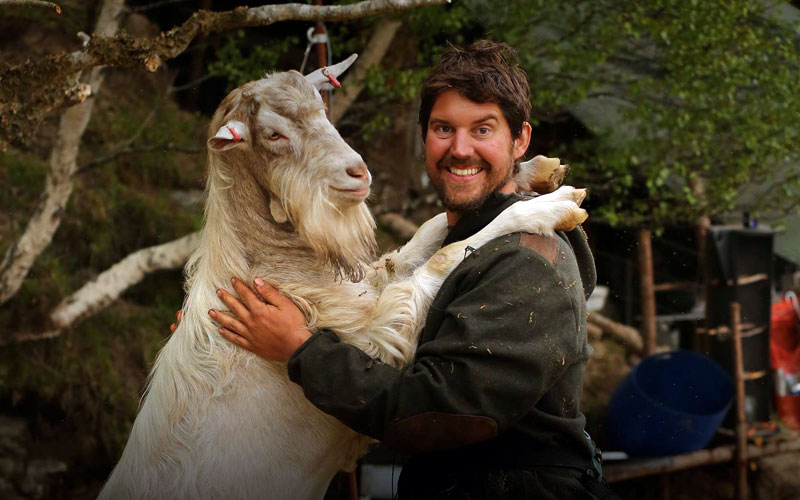 The second story I summarized and linked to in my reality TV news round-up on Friday concerned a UK series, Eden. Today, the story got traction in several major U.S. entertainment publications, and many of you have sent me links, which I very much appreciate.

What I don’t appreciate is the sensationalism in most of the coverage from these media organizations. From headlines, you’d think that a real-time reality show like Big Brother was cancelled and shut down, and producers abandoned the cast, leaving them to fend for themselves.

Let’s back up for a moment. Channel 4’s Eden started filming last March with a concept similar to Fox’s Utopia: “In a remote corner of the UK, 23 men and women build a new life and society from scratch.” Only 10 of the participants made it for the full year, as The Press and Journal reported.

Channel 4 has aired only four episodes of Eden, and those four episodes covered three months of the Eden participants’ lives, from March to May 2016.

But they did not stop production; they kept filming. And as a Channel 4 spokesperson said:

“The appeal of Eden is that it was a real experiment and when filming began we had no idea what the results would be and how those taking part would react to being isolated for months in a remote part of the British Isles. That’s why we did it and the story of their time, including the highs and the lows, will be shown later this year.“

That’s the key part of the story. And of course, it makes sense: There’s no way a network or production company would have continued to film—four crew members were on location, according to The Guardian—and produce a show if it wasn’t going to air.

In fact, that was the plan all along. The Evening Standard reported this last summer:

“The current series will follow the early stages of the experiment as the group creates and evolves their camps, while future series will catch up on them months down the line.”

“Series” is used as a synonym for “season” in the UK, and it’s very clear that they never intended to broadcast non-stop, and would pick up some time in the future. Seven months is a large gap, and having a reality show cast cut off from the world for an entire year is definitely usual, so there’s certainly a story here.

Variety, EW, and The AV Club distort the truth

However, the fact that footage will air was buried in the stories I’ve read, with the headline and leads basically lying to readers because the show was not cancelled and was always intended to be shown in installments.

Let’s look at some examples:

All of these publications are smart enough to know that they’re sensationalizing a story for absolutely no reason. Since all of the stories ultimately get around to pointing out that the show kept filming and will eventually air, their writers knew the headline and leads were inaccurate, but kept them that way anyway. That’s why I’d characterize their headlines and/or leads as lies. At the very least, it’s lazy, pointless sensationalism.

Not one of the stories gives more detail and more context, such as by citing the The Evening Standard report I quoted above. It wasn’t that hard for me to find—I spent a few seconds Googling.

That said, not every story was horrible. NPR’s story is mostly fair; it’s headlined “The Reality Show No One Was Watching” (true, though not the full truth) and the story asks some good and important questions, such as the reason for “the utter dearth of activity on its social media channels” for the show.

Although CNN’s lead repeats the misleading statement that the show was cancelled, its story focuses on what happened during the year that the contestants were cut off from the world, including Brexit and Donald Trump’s election, which at least offers some actual information.

UK publications were more honest with their readers:

Those stories seem interesting enough to me without the addition of a lie. So why did Variety, EW, and The A.V. Club choose to mislead you?