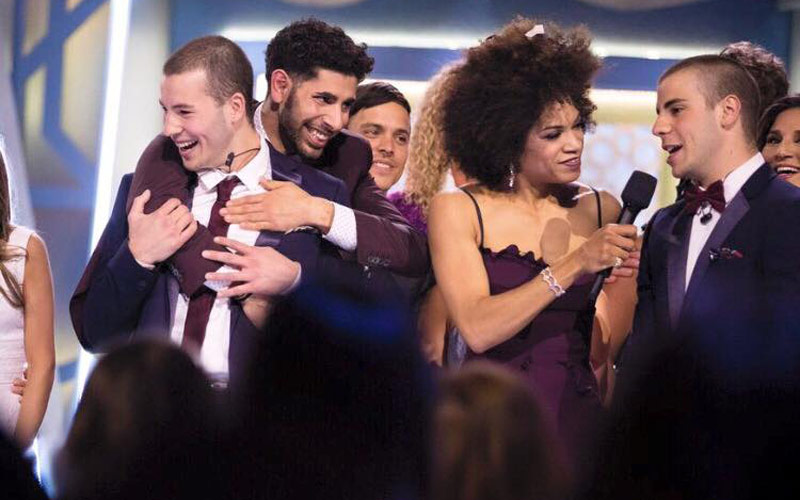 Tyler Lyons is a fan of both CBS’ version of Big Brother and Big Brother Canada, and in this episode of The Confessional, he argues why Canadians are doing a better job with their version.

As an avid superfan of both the American and Canadian versions of the show, I’m always shocked when I hear other super fans say they haven’t watched Big Brother Canada.

So I give them the rundown: how the Canadian version is better in every single way. Here’s my breakdown:

This is the biggest difference, by far, between the American and Canadian versions of the show. The kicker? They’re cast by the same team.

Look no further than how CBS markets the American show: the swimsuit photos, the preseason interviews asking about potential showmances, the promotional “hot bodies locked in a house all summer!” spiel.

Because of this, the cast usually ends up being very one-dimensional. Knowing what Kassting does (with a smaller pool of possible contestants) in Canada, it’s apparent the priorities are different when casting bods over complex personalities.

In Canada, even the villains have depth as characters. It really speaks to the show’s success in casting that only in their fifth season, they’ve got enough of a pool to fill a half returnee/half newbie season.

Let’s compare some of the casting archetypes that both shows have looked for:

2. Canada’s host is a superfan

Arisa Cox is incredible at her job. Need further proof? Follow her on Twitter. She’s constantly tweeting about the show, answering responses to her fans, and discussing events that happen on the live feeds with them.

On Monday, she did a live stream on Big Brother Canada’s official Facebook page answering questions. That interaction and passion for the game is something we see less from Julie Chen. (A quick dive into Julie’s Twitter account reveals there’s rarely anything during the offseason—just retweets from the official Big Brother account, such as a list of “Top 15 Craziest Twists,” and a post for Valentines Day that asked fans what their favorite showmance was.)

Arisa also remains cool under pressure. One of Big Brother Canada’s craziest moments came in the finale of season one when a jury member accidentally voted the wrong way. As Arisa read the votes, and Topaz yelled, “Wait, what?” and argued with Arisa on live television about changing it. Arisa stood her ground: “Topaz, the rules were very clear…”

This led to Jillian becoming the first winner of Big Brother Canada by a vote of 4 to 3. Interestingly enough, this was also the first time in Big Brother history that a woman beat a man in final two, fluke or no fluke.

In the words of Nicole Franzel, “hoooly crap.” Big Brother Canada’s twists blow me away every season. The best part is they’re never recycled, either. Each season has its own twist that has changed the way the game was played.

The twist that always stood out to me the most was Big Brother Canada 2’s War Room. Unbeknownst to the other houseguests, three people were living in an isolated room for an entire week. They had televisions to watch the houseguests, but no sound. The entire week, they pleaded their case to Canada on why they should be picked to be the final houseguest. Allison White was chosen, and before she entered Arisa told her she wasn’t allowed to tell other houseguests anything about the War Room. If she did, she would be instantly evicted.

There was also Big Brother’s first triple eviction. This took the usual tension and fear of a double eviction and heightened it like never before. Three people sat in the nomination chairs, and the houseguests voted to keep one person instead of evicting. The two casualties left stunned and heartbroken—which made for delicious live television.

In the most recent season, Big Brother Canada had two brothers playing the game. CBS has done similar things in the American version with siblings and twins, but they always eventually played as two separate players. But not on BBCAN. Phil and Nick Paquette remained a single player the entire game and eventually went on to win the season.

4. Production has upped its game

Every house theme, competition set, and cinematic shot by Big Brother Canada’s production team is crafted to perfection. Big Brother Canada 3’s steampunk-themed house was adorned with mechanical cogs and and metal pipes. The team goes above and beyond putting a new sticker on the counters and walls like Big Brother US tends to do.

Production is also extremely innovative in finding tasks for certain houseguests to complete. These are fresh replacements for other filler content that lead to some of the show’s most infamous moments.

During Big Brother 2, Ika Wong was tasked with making a tough choice: She could either gift the entire house letters from loved ones, or shred them all and win $5,000. The kicker? All of the other houseguets inside were able to watch her make this decision. Ika decided to shred the letters—but not before cursing everyone out and personally insulting nearly every houseguest. After she the letters were destroyed, the backyard door opened to connect her with the other houseguests. Tears were shed, harsh words were said, and this dramatic moment cemented Ika’s spot to come back for Big Brother Canada 5. If you have a few minutes to spare, I highly recommend watching that scene:

5. The live feeds are free.

The live feeds are free. Yes, free. You didn’t read that wrong.

There are commercials that sporadically cut over the feeds and they tend to be down a bit more than the US live feeds, but this is the way to do it. Get your viewers engaged as much as possible with no catch.

Big Brother Canada at times feels like a celebration of the series as a whole. It recognizes this isn’t the first BB, and celebrates the success of Big Brother US by bringing legendary player Dan Gheesling to moderate the jury’s final time together.

They decided to take it one step further and make a twist out of international versions for season four. Big Brother UK’s Nikki Grahame, Big Brother Australia’s Tim Dormer, Big Brother US’ Jase Wirey, and Big Brother Italy’s Veronica Graf pitched their campaigns to Canada to pick one male and one female to be the last two houseguests to enter the house. Tim and Nikki ended up being fantastic additions to the cast.

Season four admittedly wasn’t the best season, but the twist in concept was such an original idea that really celebrated Big Brother in an international way.

There’s one moment in each season that comes to mind for me:

Big Brother Canada is still early in its life, and I won’t be the first to point out that there are opportunities for the show to improve. But it still tops Big Brother US in every single way.