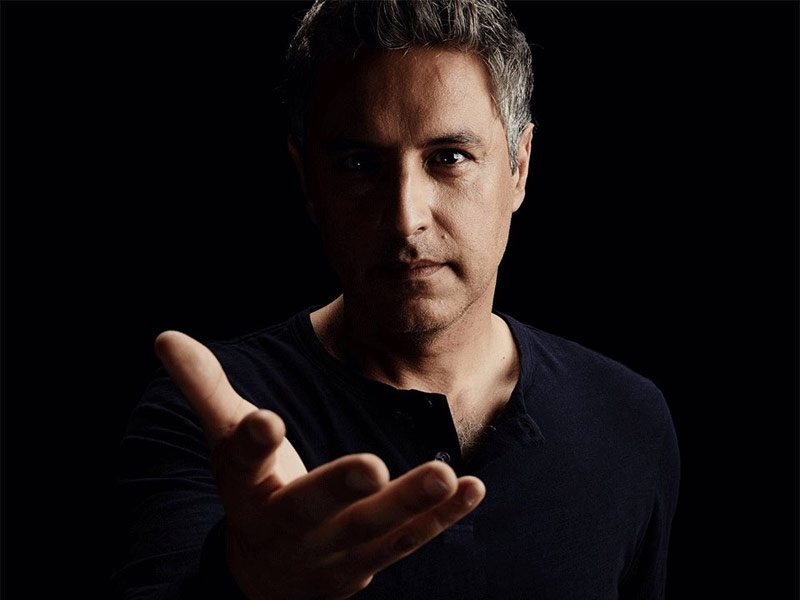 “You’re going watch” Believer, Reza Aslan said of his new CNN series, and “you’re going to think yourself, these people are crazy, this is batshit nuts. This is so foreign, this is so exotic, it’s so beyond my experience—what the hell is this?”

But Aslan’s curious sell for his show didn’t stop there. He told me, “And then at the end of the hour, you’re going to say, Yeah, okay. I get it. I get that. I understand why they believe that. Frankly, I kind of believe that too.”

That’s quite the argument to make for a series that, in its second episode, follows the people in Hawaii who follow a man named Jezus who is either the charismatic leader of a thriving commune or a nutty cult leader, or somewhere in between. (And yes, it’s Jezus with a Z.) Jezus thinks the world is ending, and incoherently rambles about that while having what appears to be the adult version of a cartoon character’s temper tantrum.

“I think that’s the magic of this show,” Aslan told me when we talked in January. “It introduces to you to someone who at first seems so wholly other, so foreign, so exotic, that you can’t possibly have anything to do with them, that you’re just a voyeur. And by the time the show’s over, you think to yourself, Oh, I actually had a connection with that person.”

Those connections, he said, could include something at the center of one of Scientology’s damaging practices, or even Jezus’ ramblings: “Yeah, I believe that you have traumas that follow you that make you do things that you don’t want to do. Yeah, I believe that we are facing an existential crisis from climate change.”

“If I can get you to do that, I’ve succeeded,” Aslan told me.

That journey, from WTF to OK, is quite a challenge for an hour-long show. And that focus on the “foreign” or “batshit crazy” may also push people away—especially when episodes focus on a doomsday cult and cannibals, the people who are “on the fringes and sometimes secretive,” Aslan said.

I’ve only seen episode two, which was the first to be filmed, but some of those who’ve seen the first episode on Hinduism (CNN, Sunday at 10) have not been convinced by this approach. My friend Melanie McFarland, Salon’s TV critic, wrote in her review of the show, that it “fails to deliver on its central premise by leading with such sensationalism over questing for purer understanding.”

Also, is it even possible for someone to just pop into another group’s religion for a few days and truly experience it or even begin to understand it? Aslan said that the production was essentially asking people: “Can me and my entire camera crew show up to your sacred place and become part of what you are, and do what you do?”

But Aslan is a believer that he can, and that this show can and will have a profound impact on its audience—and it may just show us how all of these beliefs, from mainstream religions to a small maybe-cult in Hawaii, are connected by something universal.

Whatever you think of its approach, Believer is finely crafted—it often feels surprisingly intimate, and looks great on the screen, while the editing crafted an engaging narrative that kept me intrigued. It’s executive produced by Liz Bronstein, who previously produced one of my all-time favorite shows, Whale Wars—which itself was about passionate, fervent belief. But with that show, we were inside the organization; our experience wasn’t being mediated by an outsider.

And for an outsider to come in, that requires a whole lot of acceptance. As I told Aslan, watching the Hawaii episode, I became judgmental and skeptical almost immediately. So how does he avoid that in the moment?

“It’s a fine balance. First of all, as a scholar, I’ve been taught not to force a value judgment upon people’s beliefs. I value belief,” he said, adding that he understands that, as a Muslim, his own faith is viewed skeptically by others. “I recognize that it comes in all kinds of different shades, and I recognize that people think that the things I believe are insane. And so, from the very beginning, we had this objective that when we would go to these communities, we would go without judgment, we would go and just simply experience what they experience and try to do it without filter.”

However, Aslan acknowledges that what he sees or experiences does seem objectively nuts sometimes, and says so on camera and in the episode’s narration.

“At the same time, when you are confronted with a man who thinks he is the messiah, who thinks that he’s receiving messages from the divine and who acts in such a way that is”—he laughs—”you know, shocking and surprising. It’s hard to figure out what’s going on in his head from one moment to the next.”

“I wanted to be honest about my feelings. After the first interview with him, I truly and honestly felt like we had made a mistake. I truly and honestly thought, Oh no, this guy—there is something wrong, and I can’t pretend that there isn’t. About four days passed before I got a chance to sit down with him again. In those four days, I hung out with his community, and I would say to people, Does anyone else feel like maybe the guy who’s in charge here might not be all there? Anyone? And everyone basically said the same thing, which was, It’s how he is; it’s what he does. He does this with every new person; he did it with me.”

A second interview with Jezus “was a completely different experience,” Aslan said. “I sort of see why people would just kind of abandon the world and say, I’m just going to live here from now on.”

Aslan’s earnestness makes a good case. But I wasn’t convinced.

How wildly different beliefs are all connected

Though I certainly am concerned about humans’ effect on the environment and trust the science about climate change, and while I find Hawaii to be on of the most wonderful places I’ve ever visited, it did not make sense to me that either would lead people to abandon their lives and live in a commune there with someone who was, quite frankly, terrifying to watch on screen.

I asked Aslan about this—and about how, on camera, he says that he understands their ideas, but then the show cuts to those who live in Jezus’ commune and they all talk about believing in him, in Jezus.

“I think people think that belief is about believing in an idea. And it’s not,” Aslan told me. “Most often belief is believing in a person who represents that idea, whether it is the founder of the religion.” He trailed off, but my mind kept going: Or a reality star turned nationalist politician? Or a senator promising hope and change?

Aslan said this belief in a person over an idea means people layer ideas onto people—ideas that the person might not even have.

“You often hear people ascribe beliefs to Jesus or Moses or Muhammad that are historically invalid, these are things Jesus, Muhammad never said, never thought, never believed! Or what they tend to focus on is their particular imam, their priest, their rabbi,” he said. “Very infrequently do they actually go home and check up on what their rabbi said, check up on what their priest said. So you’re right: It’s a belief in a person much more than it is a belief in an idea.”

Earlier, in a press conference at the Television Critics Association winter press tour, Aslan had said something related and chilling: “Fear is impervious to data.” I asked him about that, and he said, quite frankly, “Facts don’t matter.”

“I think that all of us have a bias against facts that do not comport with our preconceived ideas, but of course, I think it is a spectrum,” he said. “There’s a vast difference between people who will skew facts to make themselves feel better, and people for whom facts are enemies to be opposed.” (I interviewed him on Jan. 14, eight days before Trump adviser Kellyanne Conway tried to suggest that “alternative facts” were a thing.)

“I know that the post-fact thing is a little bit of a stereotype but it’s true, it’s just true. You have an untold number of people who voted for the current president elect because of fear of rampant Mexican illegal immigration. And we have had nearly a decade of negative immigration from Mexico. More people are leaving America for Mexico than Mexicans are coming to America—that’s a fact, that’s math, you can’t mess with that. But it doesn’t matter. If you can sew fear, then facts just simply disappear.”

If there’s such a wide spectrum of belief, and such a range of connection to objective reality, never mind such a range of expression of beliefs, it doesn’t seem possible that these religious traditions and beliefs are connected.