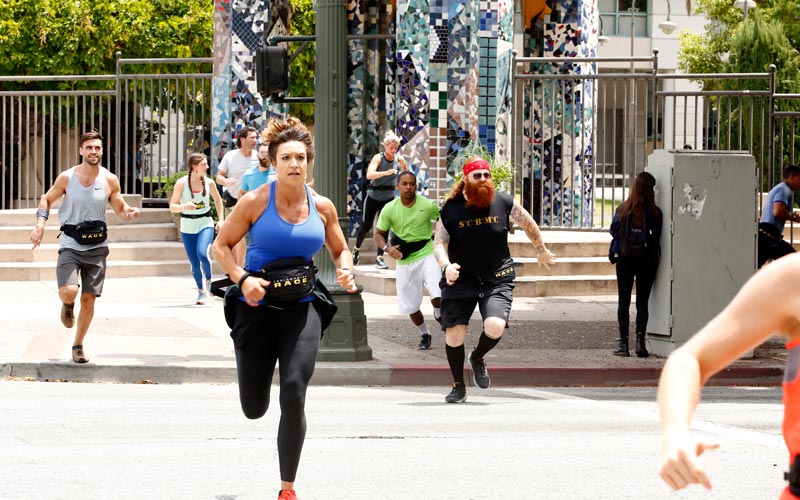 The Amazing Race 29 teams started the race as individuals and strangers. (Photo by Trae Patton/CBS)

Ten seasons ago, I broke up with The Amazing Race, and I haven’t watched since—well, except for clips or perhaps part of an episode in passing. And by the time I really gave up, that was two seasons after I’d gotten so frustrated I wanted TAR to fix 9 different things.

That disappointment, however, followed years of joy and laughter from season after season. I loved watching and highlighting the ridiculous moments, and sharing those observations and dumb jokes in these pages. Even the low points were fun—the family edition was a joke on wheels but had brilliant casting and allowed me to produce this fictional recap.

The Amazing Race kept moving toward creating interpersonal conflict instead of doubling-down on what made it so wonderful early on, and then made unfortunate changes for budgetary and creative reasons. Instead of finding their way around the world, it seemed like they were just checking boxes.

But people still enjoy it and that’s great, and it’s certainly a decent, harmless show, and a show that affects positive change by showing the diversity of the world and the benefits (and, yes, pains) of travel.

I just have high expectations because I know the bar TAR is capable of reaching.

I point all of this out because I cannot watch the show now without that cloud of disappointment hanging over me. I did, however, tune in to see the start of season 29, to see both the format-altering twist and to watch what very well may be the last season ever.

What I saw surprised me.

In many ways, The Amazing Race still reaches that bar it set long ago.  The cinematography is as clean as ever, striking for a series that is so on the move, and the editing remains high-energy. I appreciated its showy flourishes, like giving us images of two, and then four boats racing at the same time.

Despite visiting two clue box locations and having two separate challenges, it did get a little repetitive—halfway through the episode, we’d seen everything, so all that was left was to see the same things again and again. (The format still feels as stale as it did in 2011.)

Overall, though, I enjoyed watching. It was fine—better than I expected, definitely not as bad as I feared. And that’s in part because the big twist barely registered. That was a big surprise.

The show spent the first few acts on introducing individuals and then choosing teams after running around downtown L.A. But once they were in their taxis to the airport, that all but evaporated. Teams would sometimes reference the newness of their relationships, but if you started watching halfway through the episode, you’d have no idea the teams did not have pre-existing relationships.

On the one hand, that’s great: the twist didn’t screw up the show. On the other: it didn’t add anything, at least not in episode one.

The Amazing Race’s casting team has cast the show well enough so there are strong personalities that would likely work well in any combination, and in pairs they mostly seem like they’ve been together forever—whether they’re laughing or bickering, and there was some of each.

Becca and Floyd are an absolute joy to watch—Becca and her “fun meter” pin, their goofy interaction. They’re the primary reason right now that I’d tune in next week.

On the opposite end of the collegiality spectrum were Scott and Brooke, whose initial humor was promising but devolved into bickering quickly. They were punished by getting a boring team name and hashtag: #TeamBrookeandScott, which is no #TeamFun, that’s for sure.

A few other things that stood out to me