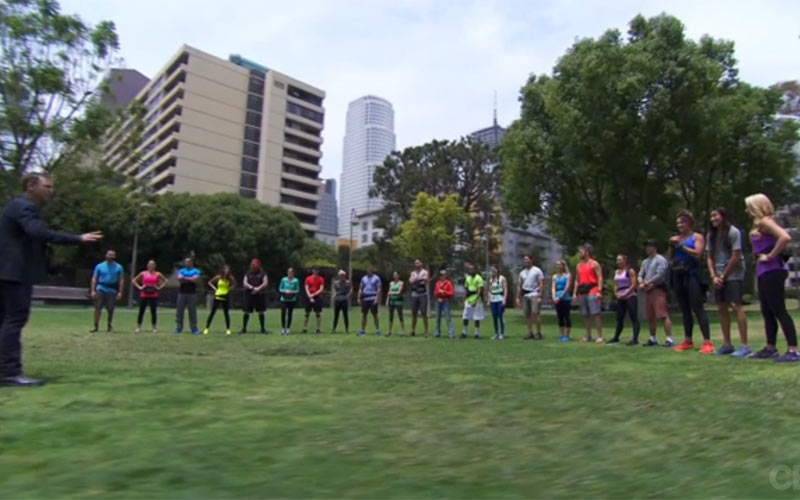 The Amazing Race 29 strangers at the starting line in downtown Los Angeles.

One of the original selling points of The Amazing Race was that its teams of two came into the game with pre-existing relationships. But the show has been chipping away at that central conceit for several seasons, and The Amazing Race season 29 cast that was just announced this morning consists entirely of people who don’t know each other who will be paired with a stranger for a race around the world.

Because they’ll be paired in a schoolyard pick after an initial challenge, which took place in downtown Los Angeles last summer, CBS did not announce the teams. Instead, it’s just individual introductions for each cast member on the show’s YouTube page.

What’s the rationale for having teams of strangers, other than trying to rescue a declining show from cancellation?

In a press release, Amazing Race co-creator Bertram van Munster addresses the new format: “we are excited to pair complete strangers and see how they handle the pressure of traveling the world with someone they just met.”

Phil Keoghan said that the teams “begin with no pre-existing relationships or emotional baggage, and the excitement of traveling around the world to complete dozens of gut-busting, mind-blowing challenges quickly ignites tension.”

In this preview video, Phil says fans have often approached him about wanting to be on the race even though they didn’t have a team member.

That’s nice that now some of those people will get the chance to participate, but it also seems like me approaching Jeff Probst and telling him I want to be on Survivor even though I don’t like sand, salt water, or strategizing.