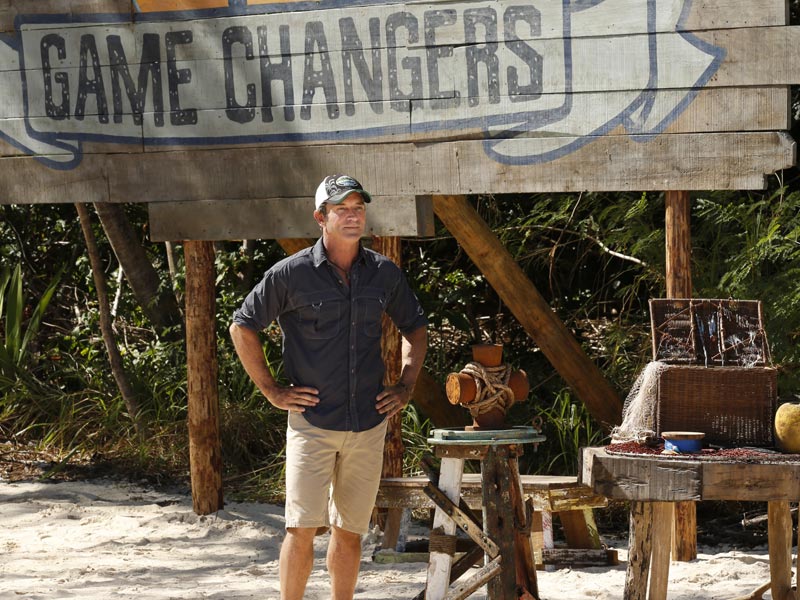 CBS officially announced the cast of Survivor Game Changers yesterday, though the full cast list has been public for the better part of a year now. There was, however, new footage and new insight into this season’s title/twist.

In the preview below, host and executive producer Jeff Probst says, “Let’s be clear what we call a game-changer: My definition is people who are willing to make a move to try to change the game.”

He also explains how they ended up with such a surprisingly bad cast—which has the awful Brad Culpepper and people who’ve already played three times, and as much as I love them, three is plenty—by saying, “We picked 20 people who loved to play.”

Way to set a high bar there. How about a season with people who don’t want to play and just sit around and be awful all day? (Oh wait, that was Worlds Apart.)

But I digress. Probst actually revealed, in an interview with Parade’s Josh Wigler, what this twist was really about: ego. Specifically, stroking the cast’s ego until it explodes in epic game play—or at least, that was the idea. It was born with Survivor Second Chance. Probst said:

“…we had no idea that the Second Chancers would show up with those chips on their shoulders. It was a brilliant revelation to us, about the psychology of labeling somebody a second chance. It was also really helped by the audience voting for them. There’s this sense of: ‘Wow! You really want to see me play! Let me give you a good game, then.’ To me, Game Changers is no different. Putting the title of Game Changers on a player is very similar to what Mark Burnett did with me on day one of Season 1, when he said, ‘I trust you.’ He gave me this trust and simultaneously this burden to live up to it. So you call somebody a Game Changer, on one hand you’re slapping them on the back—and with the other, it’s, ‘We’re right, correct? You’re going to live up to this now, aren’t you?’ So I think that’s what we learned from Second Chance.”

The strategy seems to have worked, based on Wigler’s interviews with the cast; most seem flattered and in awe they were considered game-changers, rather than recognizing they were just cast and then a title was slapped on the season.

The best reaction came from Malcolm Freberg, who said,

“But they gotta call it something. And if it’ll get people to watch? Cool.”