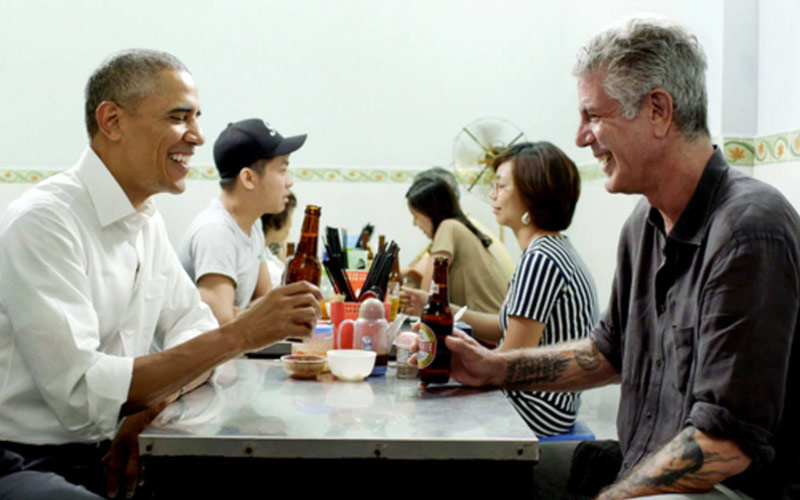 How did the President of the United States, Barack Obama, end up on a CNN reality show? A profile of Anthony Bourdain has the answer. (Photo by CNN)

Happy Friday. Here’s a round-up of recent reality show news that caught my attention, and three longreads, all of which are profiles of reality TV stars: one future star, one long-time TV personality, and one who’s now dead.

In this profile and look at Anna Nicole’s life, Sarah Marshall asks, “Was she just another model, another B-lister, another early casualty of reality TV? Or did she show us something about ourselves, about our country, that frightened us more deeply than we could ever admit?”

The Purely Accidental Lessons Of The First Black ‘Bachelorette’, NPR

Okay, this isn’t exactly a profile, but it is a deep dive into the meaning of Rachel’s historic casting as the star of the next Bachelorette. In it, NPR and Pop Culture Happy Hour’s Linda Holmes makes a compelling argument for 1) taking The Bachelor seriously, and 2) The real thing we should pay attention to: “Whom will they offer her as candidates?”

The New Yorker profiles Anthony Bourdain, and it’s as in-depth as you’d expect from the magazine, with detailed accounts of Bourdain getting “food fucked” by people, his experience eating in Vietnam with President Obama, and his training in jujitsu.

news about reality shows and the reality industry