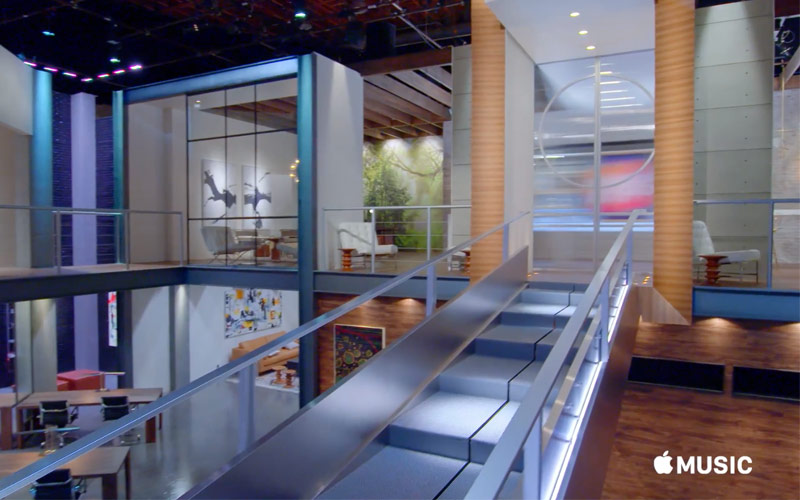 OMG it's an escalator on a reality competition set.

The preview for Planet of the Apps you are about to watch has been called:

Yes, all this excitement for a reality competition about apps—those things on your smartphone, not the food we eat before we eat food. And this will be on Apple Music, meaning you’ll have to pay to watch it.

But I bet you will. Because let me just tease you for a second: this preview has will.i.am, Gwenyth Paltrow, a narrator with an accent, and an escalator.

Okay, yes, Planet of the Apps may look like one of those derivative Food Network shows that copies the latest trend in reality TV, but don’t try to convince me that a reality show whose prize is getting featured in the Apple App Store isn’t something more than just a pathetically transparent attempt to advertise for apps.

While the show is getting Shark Tank comparisons, the set-up appears more like Mark Burnett’s failed TBS show America’s Greatest Makers, though without that amazing 1980s Epcot vibe. (Planet of the Apps is produced by Ben Silverman, the reality producer turned NBC executive turned reality producer, via his company Propagate Content.)

The celebrity entrepreneurs—who include Jessica Alba, fresh off of a Celebrity Apprentice appearance to try to convince people that her Honest products, like the sunscreen that burned children, actually work—vote on a tablet whether or not they want to hear more. And just look at how serious the celebrities are in their “try to look serious while we film you for a slow motion montage” slow motion montage.

But I’ve buried the lead, because all of this happens while the contestants descend an escalator. Yes, the pitching time is limited to how long it takes to descend an escalator, which is part of the set. An escalator—that’ll convince people to subscribe to Apple Music. (Though: it is an escalator that doesn’t look like any escalator I’ve ever seen, probably because it magically delivers you to Gwenyth.)

And just to make sure it’s very different: There’s not one but two pitches! And the celebrity pitches with you the second time! And four war rooms, each with their own design! And a fucking escalator on the fucking set!

With out-of-the-box creativity like this, and with Apple’s unlimited resources producing such a compelling trailer—the best of the year, if only because it made me laugh and laugh—I have no idea why reality TV is sometimes viewed as bottom-of-the-barrel programming.